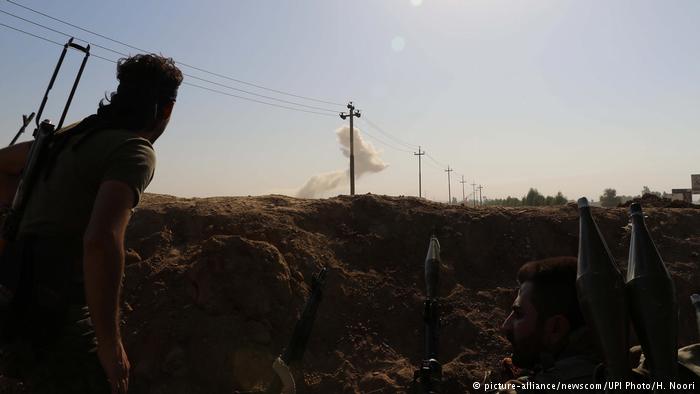 The Iraqi federal government announced on Friday a temporary halt to the military operations against Kurdish forces in the country’s north, that were aimed at federal forces controlling the international border crossings in Kurdistan and its disputed areas.

In an official statement, Iraqi Prime Minister Haider Al-Abadi ordered suspending the operations  for 24 hours to enable the technical teams of both the federal and Kurdish forces to jointly deploy  “to prevent clashes between sons of one nation”.

The decision comes a day after clashes between Iraqi federal forces and the Kurdish forces known as the Peshmerga, near the city of Mosul.

As a response to Kurdistan’s disputed independence referendum, Al-Abadi ordered on 25 September, that Iraqi forces launch an operation in Kirkuk and other disputed areas under Kurdish control.

On Wednesday, the Kurdish Regional Government (KRG) expressed its readiness to halt Kurdistan’s secession from Iraq, following the Kurdistan independence referendum in September, calling for an immediate ceasefire and dialogue.

The multi-ethnic, oil-rich city of Kirkuk is the core of the spiralling dispute, as it is home to about a million Arabs, Kurds, Turkmen, and Christians. The city has been controlled by Peshmerga forces since 2014, after the Iraqi army fled a major offensive by the Islamic State group (IS).