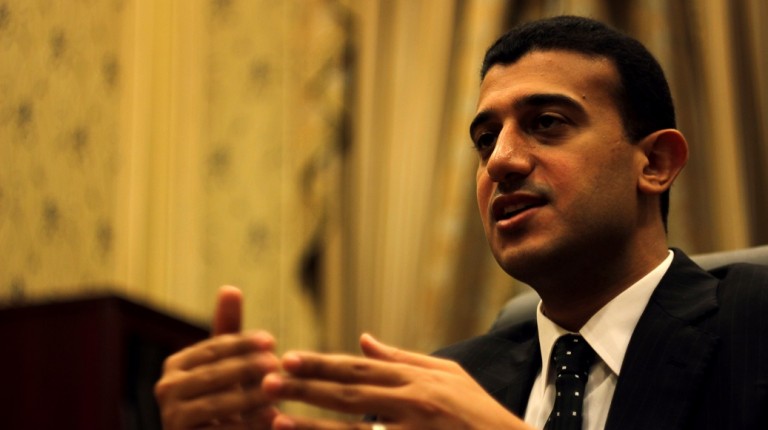 A parliamentary delegation headed by Parliament Speaker Ali Abdul Aal travelled on Friday to the United States to meet members of Congress during a six-day visit.

The visit aims to strengthen relations with US congressional members, through meetings with its leadership, member of parliament (MP) Tarek El-Khouly told Daily News Egypt.

The delegation is scheduled to review certain topics of interest with the US congress, review opportunities to increase American investments in Egypt under the new Investments Law, and will also meet members of Egyptian community, developing channels of communication between Parliament and Egyptians abroad.

El-Khouly said the delegation intends to discuss the human rights situation in Egypt, in response to recent criticism voiced by members of congress.

In August, the US administration decided to deny Egypt $95.7m of its annual aid and to delay a further $195m. The decision was justified due to a “failure to make progress on respecting human rights and democratic norms,” after Congress members grew concerned over human rights conditions in Egypt.

Egypt’s Foreign Ministry has previously considered that evaluation a “partisan” and intentional act of negatively interpreting the situation.

Another parliamentary delegation recently made a number of visits to prisons to prepare reports aiming to clarify the real situation, as they see it, of prisoners in response to HRW’s report.

HRW’s findings stirred anger among government institutions, pro-state media, and public figures, all of whom rejected the torture claims and accused the NGO of publishing lies, inaccuracies, and implementing a pro-Muslim Brotherhood agenda.

The Head of the Parliamentary Committee on Human Rights, Alaa Abed, had previously announced creating a CD that will include results of recent inspections of police stations and prisons. The CD will be prepared in different languages and distributed to foreign embassies in Cairo, as well as to foreign parliaments and NGOs.