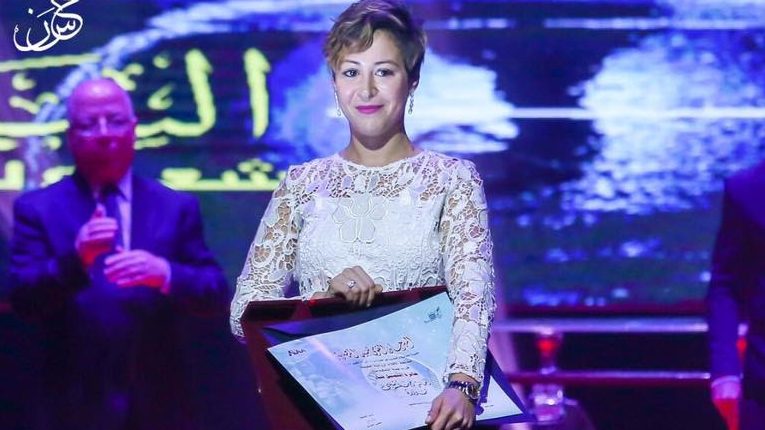 Completing her awards list for her role in “Nawara”, actress Menna Shalaby was awarded with the best actress award in the 21st Egyptian National Film Festival held at the Cairo Opera House on Friday.

Under the slogan of “Cinema, Tomorrow’s Beam”, this year’s edition closed its doors with the attendance of large number of Arab celebrities.

Her award marks the 8th accreditation she receives for her role at the film. A week earlier, Shalaby was also awarded as the best actress at both the 2nd Arabian Cinema Awards (ACA) and Dubai International Film Festival (DIFF) where the film saw the light internationally for the first time in 2016.

Nawara features the social gap between the A class and the unprivileged before the 25 January revolution. By featuring Nawara who works as a main in one of the luxurious villa’s at Egypt’s most prestigious neighbourhoods, the camera follows her while she moves from where she stays everyday, where people only dream of life’s basic rights to where she works.

Nawara is not the only role Shalaby gets awarded for, Menna won the Critics’ Award for Best Actress at the Arab Satellite Channels Festival for her role in director Kamla Abouzekri’s TV series Wahet El Ghoroub that was aired last Ramadan.