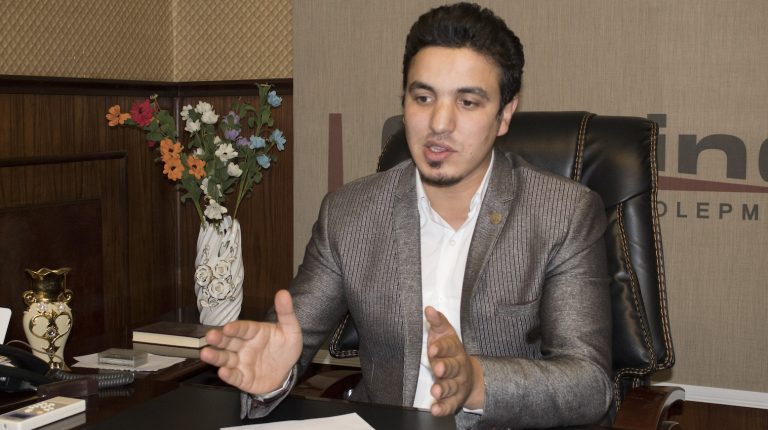 City Line Properties Development will launch its hotel inside Blue Valley project in summer 2018, according to Mahmoud El Rouby, CEO of the company.

El Rouby told Daily News Egypt that his company is seeking developing residential projects in Sheikh Zayed and 6th of October City on a total area of 58 feddans through a partnership with the government.

What are the projects that City Line Properties Development is implementing?

Blue Valley is a 15-feddan project and is being developed on three phases. The project includes units along with the commercial walkway and a tourist hotel. The first phase includes 220 units with spaces of 50 sqm to 110 sqm, with a built-up area of five feddans that constitute 40% of the project. In addition, the project includes swimming pools and entertainment areas.

The hotel is a four-star and will be launched in the summer of 2018.

We implemented 70% of the first phase of Blue Valley project within six months. The whole phase will be handed over in August 2018. We plan to open the second phase for booking in the beginning of the next year.

The company pumped EGP 22m and the sales of the first phase are estimated at EGP 60m.

When will the company start implementation of the third phase of the Blue Valley project?

In winter 2019, we will start implementing the third phase.

What is the percentage of sales of the Blue Valley first phase?

The sales of the first phase exceeded 60%. I think that we will complete selling all the phase within three or four months.

What are the company’s extension plan?

For residential projects in Cairo; we seek a project in Sheikh Zayed, 6th of October City. We applied for 58 feddans through partnership system with the government represented in Ministry of Housing and the New Urban Communities Authority (NUCA) for implementing residential, commercial, and administrative project. We will submit the booklet of conditions on 7 December and waiting for a meeting with the Minister of Housing Mostafa Madbouly.

The proposed project’s investments estimated at about EGP 1.881bn and will be developed through three years.

In addition, we are studying acquiring more lands in different areas in the next three months.

For coastal projects, we are working on developing Blue Valley project, and we are going to launch a new project in Sidi Abdel Rahman, North Coast, on 25 feddans.

The project is residential and includes villas, apartments, and a hotel. The project will be developed on three phases.

Do you have loans from banks or intend to have?

No, we don’t have loans, and we implement our projects by self-financing by the nine shareholders of the company.

We don’t have any plans to borrow from banks as we still have the financial solvency to implement new projects.

We have projects valued at approximately EGP 450m.

What are offers provided by the company?

We did not reduce the down-payment or extend the instalment period as several companies did, because we offer units that have been already built. The instalment period is four years with a down payment of 20%. Nevertheless, the company is developing new mechanisms for financing and marketing projects.

What are main partnerships the company is involving in?

We developed a project in Alexandria with Al Fouad for Development Company, as the latter has a residential project that consists of 400 units in Mandara, Alexandria. We entered a partnership through developing branding and marketing the project. We have share of 25% of the project.

What is your opinion regarding the liberalisation of the exchange rate of the EGP?

However, the decision affected the construction materials, thus the company increased prices by 100%.

What is your opinion regarding the increase in interest rate in banks?

What is your opinion regarding the New Administrative Capital?

The new national real estate projects are supposed to be developed 30 years ago to avoid population congestion, which participated in a spread of crimes and pollution. I think these projects will participate in restructuring the urban area in Egypt.

Do you think that the government is being a competitor to real estate companies?

The company is already a competitor to the companies and it had a bad effect on the development of private sector’s projects. However, the government is serving a special tranche of the community that are far from the real estate companies’ interest. Furthermore, the government is achieving profit through partnership system with developers.

Do you think to buy lands in the New Administrative Capital?

If we find a suitable partnership opportunity with other companies, we will join this partnership. We don’t think of buying lands in the second phase of offering lands in the New Administrative Capital, as we are focusing now on developing the existing projects.

Definitely yes. The new offering in the new capital will increase the prices of real estate units but the companies will give more facilitates in paying.

The residential projects are close to New Administrative Capital in areas such as Badr, Shorouk, Madinaty, and El Mostakbal City prices increased by at least 50%.