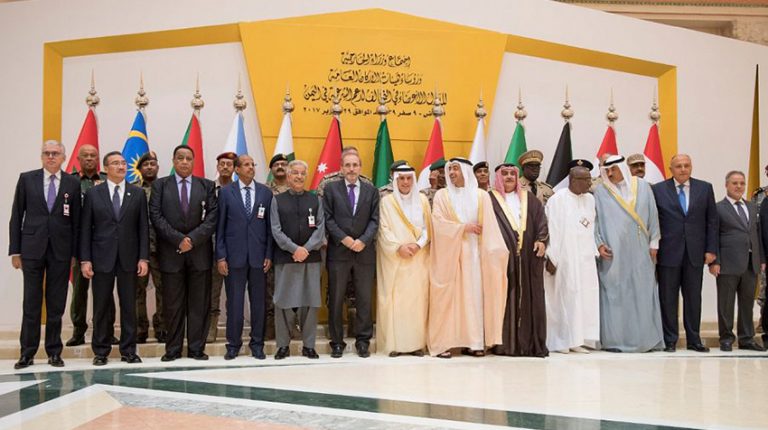 Foreign Ministers and Chiefs of the General Staff of the Member States of the Coalition for Supporting Legitimacy in Yemen accused Iran of hindering negotiations for peace process in Yemen and fueling the dispute, according to an official statement on Sunday.

The attendants of the meeting criticised the “negative role” of Iran in disturbing the region and supporting the coup of the Houthi group. They also condemned “killing and starving the Yemeni people by the Houthi group, and their attempts to threaten the security of the region, especially Saudi Arabia.”

The statement asserted that the coalition has intervened in Yemen after receiving calls from the legitimate government to keep the legitimacy and face the Houthi coup. The coalition stressed standing with the Yemeni people against the Houthi violations, and it commits to deliver humanitarian aid.

“The coalition supports the efforts of the UN delegate to Yemen Ismaïl Ould Cheikh Ahmed in accordance with resolution 2216 of the UN Security Council, the Gulf initiative, and the outcomes of the national dialogue,” read the statement.

The coalition rejects the “wrong information and data” that were mentioned in the UN annual report on children, calling on the council to “reconsider” its methods and tools of investigating.

In his speech before the attendants, Egypt’s Foreign Minister Sameh Shoukry said that Yemen is living its worst time in its history. He added that the elements of the political solution are clear.

“We have suggestions to move the negotiations and facilitating delivering aid to Yemen and ensuring that this aid is not being used for political purposes,” said Shoukry.