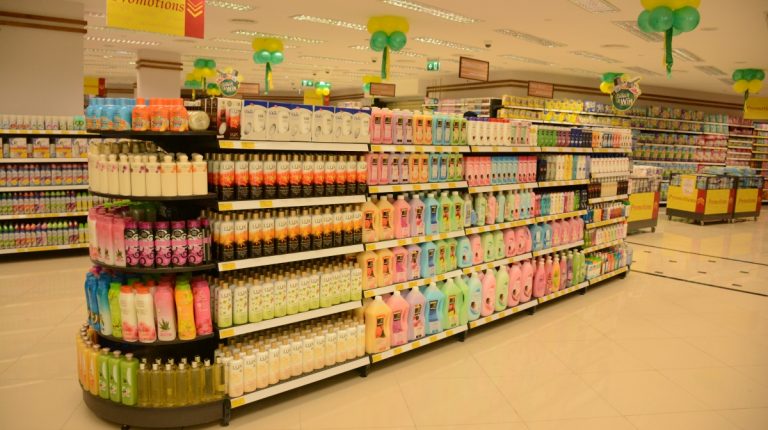 The Egyptian government is intensifying its efforts to regulate the internal trade sector, which includes the operation of wholesale and retail markets, which are concerned with the supply of all basic and non-basic commodities to the public, so as to regulate prices through creating a competitive organized market.

Daily News Egypt obtained a copy of the proposed scheme by the Internal Trade Development Authority (ITDA) of the Ministry of Supply to restructure the sector and improve the efficiency and quality of services offered in an orderly and competitive manner.

The scheme includes several axes: the government organizing an international conference to showcase all the investment opportunities to local and international private sector in the domestic trade sector so as to contribute to increasing the number of markets and malls to ensure control and create a competitive market that enables citizens to obtain commodities at competitive price and high quality.

Consumption is still the main driver and main component of economic growth in Egypt so far. This is where the importance of regulating the process of dealing in the markets stems, which contributes to increasing consumption rates and avoid pricing indiscriminate prices after every decision taken by the government to reform the economy.

The components of the internal trade sector:

According to the plan, the domestic trade sector contributes about 17% of the GDP, including storage and transport sectors. The sector also provides 4 million jobs for 14% of the total manpower in Egypt.

Retail trade is one of the largest domestic trade activities where there are more than 40,000 points of sale across the republic, including only 10% organized points and 90% of unorganized small and random points of less than 20 sq m.

The plan estimates that with population growth rates currently reaching 2.6% (2.5 million birth per year) and the steady increase in the middle-income segment; consumer spending is expected to grow at an average rate of 12% per year over the coming five years, while domestic trade is expected to grow by over 36%.

In order to achieve this objective, the Egyptian authorities will work to provide multiple commercial opportunities in parallel with the settlement of various investment models throughout the Republic.

How will the internal trade system be updated?

On the modernization and organization of domestic trade procedures, the plan highlights working on building the capacity of local markets to be more efficient and effective.

In addition, the plan also aims to attract more international and regional trade chains, while seeking to localize several new brands in addition to maintaining the current ones.

The modernization measures also included promoting investment opportunities in the domestic trade sector and encouraging existing developers and maximizing their investments by motivating them to expand their activity.

Increasing the contribution of the internal trade sector to the GDP to 21%.

With regard to the objectives pursued by the Egyptian authorities, the plan said that the government aims to increase the contribution of domestic trade to GDP to 1% up from 17%.

In addition to working to increase the proportion of organized trade from 2% now to 6%, with moving quicker to double the number of distribution outlets and regular sales chains from 10% to 20%.

According to the plan, the Egyptian authorities aim to increase the number of logistics areas to cover 50% of the Egyptian governorates to reach a total of 12 logistics area on 20 feddans and working on establishing modern central markets on an area of 19 feddans.

The ITDA aims to establish new trade centres in each governorate with the expansion of commercial chains of supermarkets and hypermarkets to 10,000 outlets across Egypt.

Doubling the available land for investment after purifying the data of those lands:

According to the plan, the Internal Trade Development Authority is working on a plan to achieve the optimal utilization of the lands bank available at the ITDA, while working to increase the number of beneficiary from 150 to 390 feddans.

In addition to working with real partnerships with the governors and developers to provide public-private partnership projects to operate on PPP schemes on establishing a number of logistics centres, commercial areas and modern markets.

Besides increasing the supply of goods by establishing more retail chains from 4.4 feddans to 32 feddans.

With regard to the various commercial projects targeted during the current fiscal year 2017/2018, the report said it includes several provinces, such as Fayoum that will have 15.7 feddans for commercial chains.

In addition to the province of Suez, where there are 30 feddans for logistics centre and diversified commercial markets.

With regard to current projects underway, the plan said they include solving all problems and obstacles facing investors to help them establish new projects and expand existing ones.

It added that new mechanisms have been put in place for the promotion and promotion of investment opportunities, with the completion of the project of linking commercial registry offices electronically as well as automating trademarks and industrial models, in parallel with the modernization of the website of the Internal Trade Development Authority to facilitate all procedures and facilities. Thus contributing to the future revenue increase of the authority.

Purification of the database:

The plan is underway to clean up the database of all land that could be used in the internal trade sector in coordination with all government agencies such as governorates and banks of Banque Misr and the National Bank of Egypt through the examination of all not exploited assets.

The plan revealed the completion of inventory and purification of non-exploited assets of the subsidiaries of the Ministry of Supply. This includes the Food Industries Holding Company (FIHC) and its subsidiaries, as well as the Egyptian Holding Company for Silos and Storage and the General Authority for Supply Commodities.

In parallel, the plan includes the preparation of an international conference to present investment opportunities in the internal trade sector provided by the authority to all Egyptian, Arab and foreign investors in coordination with the Federation of Egyptian Chambers of Commerce.

Economist at CI Capital, Noaman Khaled, said that regulating internal trade sector will contribute to regulating the market, which is suffering lack of oversight of the state and costs citizens much.

He stressed that the absence of organized markets spreads randomness and chaos in pricing, highlighting the recent government decisions or floating the pound and hiking fuel prices, which prompted merchants to raise prices at much higher rate than the real cost, mainly due to lack of competitive organized markets.