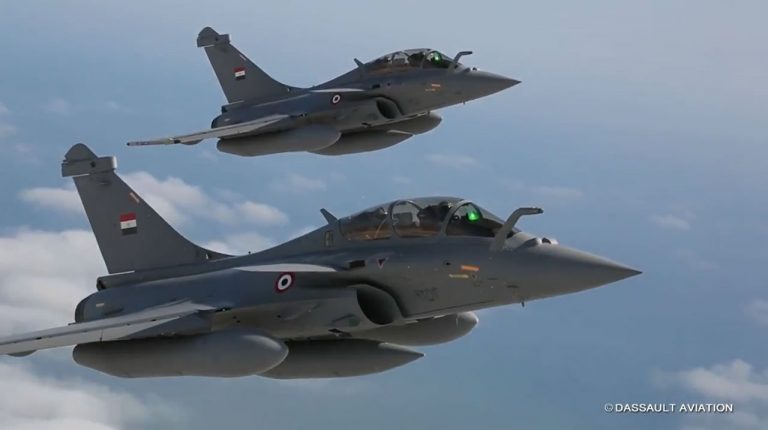 The Egyptian air force killed on Tuesday a number of militants suspected of having participated in Al-Wahat shootout. The forces targeted a hideout in western Fayoum, where it destroyed four vehicles, Spokesperson of the armed forces Tamer El-Refaie said in a statement.

The number of militants killed were not announced. The statement added that ongoing operation are being held to chase militants.

State media reported that the missing officer Mohamed Al-Haith was found during the raid against the militants. However, no official statement has been released on the incident till time of print.

In another context, the Egyptian air force prevented an attempt to smuggle arms and explosives into the country through the western borders with Libya, El-Refaie said on Monday. Doing so, the air force destroyed six vehicles carrying arms and ammunition, the statement read.

Counter terrorism operations in the Western Desert have been taking place and have intensified since 20 October shootout in Al-Wahat, where 16 policemen were killed in an ambush done by militants against a security campaign lead by special forces. Fifteen militants were also killed, and security forces are still combing the area, as there is still one police officer reportedly missing in action.

Moreover, Al-Farafra Oasis witnessed a major attack in 2014, when an attack on a checkpoint occurred, conducted by 20 armed men in vehicles equipped with explosives, resulting in the killing of 22 Egyptian border guards.

In Sinai, a police conscript was injured on Monday in Al-Arish from an improvised explosive device (IED) explosion near a vehicle carrying soldiers, according to a Ministry of Interior statement.

No deaths were reported in the incident, and the injured soldier was hospitalised. The ministry added that the prosecution is currently investigating the incident.

Active militant groups in the region often use improvised explosive devices (IEDs) to execute attacks on army and police checkpoints across cities in North Sinai. The attacks by militants against police and army forces have become an almost daily occurrence. It is believed that the attackers are members of the Islamic State-affiliated group “Sinai Province”. These attacks mainly target army and police checkpoints in different areas of North Sinai.

“Sinai Province” considers all police and army members apostates to Islam and believes they should be killed.

In 2016, army forces killed hundreds of militants in the area, while dozens of military and police personnel lost their lives in the process.

In 2014, the Egyptian armed forces launched a counter-insurgency campaign targeting militants in North Sinai. The violence in the area still represents a chronic headache to the current regime.

A state of emergency was first declared over North Sinai by interim president Adly Mansour, who came into power following Morsi. It was last extended in January 2016.