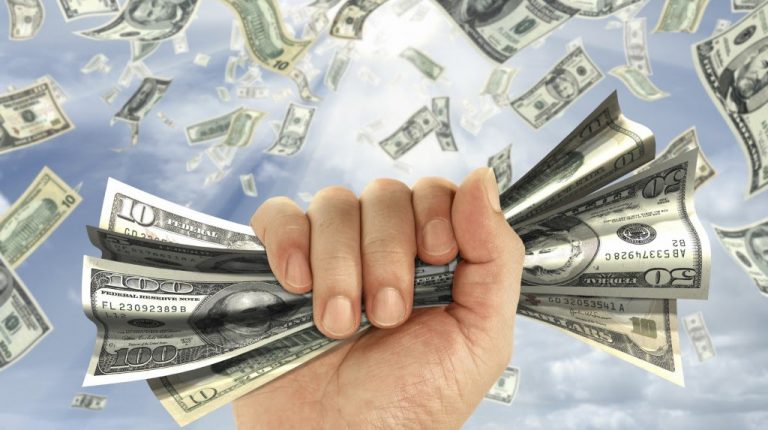 A number of the leaders of banks operating in the Egyptian market confirmed that the flotation decision was an urgent necessity and a timely action. This decision positively affected the banking activities on the one hand and led to a significant improvement in most indicators of the performance of the Egyptian economy on the other.

Chairman and Managing Director of the Suez Canal Bank Hussein El-Refaie said that the flotation decision was an urgent necessity and a was taken at the right time, stressing that elimination of the parallel exchange rate market was one of the most important economic reforms implemented, where the existence of one exchange rate boosts confidence of foreign investors.

He added that the liberalisation of the exchange rate contributed to increasing the size of foreign exchange reserves(FX) to $16.5bn, which is the highest record compared to the levels before the decision.

El-Refaie expected the coming period to see the exchange rate stabilises and fall down, as new investments enter the market, next to the start of production of gas from Zohr and Shorouk fields in 2018.

He noted that there are strong indicators of the success of this decision; including the praise of international institutions, increasing exports earning, restoring remittances of Egyptians working abroad, which reach about $20bn, and the growing demand for bonds offerings on global markets, while their interest rate decline over time.

On the impact of the decision to liberalise the exchange rate on banks, El-Refaie said that banks are no longer suffering from any problem in the availability of hard cash liquidity, which led to an increase in activities, especially regarding the opening of letters of credit, the abolition of the limits of electronic payment cards abroad, and other services related to foreign exchange.

Chairman of the Agriculture Bank of Egypt (ABC) El Sayed El-Kosayer, said that the results of the flotation exceeded all expectations by succeeding in a very short time, proven by the testimony of many global financial institutions, including the World Bank and the International Monetary Fund, as well as international rating agencies.

He explained that our national economy is now much stronger as a result of government reforms and bold decisions that have been taken. And that Egypt is now more attractive to foreign investments, following the passage of the Investment Law executive regulations.

“If we examine the numbers, we find that the flotation has made historical successes,” he stressed. “Foreign Exchange Reserves at the Central Bank of Egypt (CBE) jumped, for the first time in years, to over $36bn, next to stability in exchange rate and improvement in it, as well as increased inflows to banks, elimination of the parallel market for currency exchange, and the rise of foreign investments.”

Vice-chairperson of the National Bank of Egypt (NBE) Yehia Aboul Fotouh said that banks used to face difficulties in opening new letters of credit before the flotation decision, even for the imports of wheat. Hence, the only way out was to float the pound to restore transactions to the banking sector and eliminate parallel markets.

He explained that the results of the flotation decision are currently showing through stable exchange rates. Banks’ resources have also been boosted by foreign exchange. Remittances are up by 40% and exports and tourism revenues are in the green.

“The exchange rate decline is not the criterion for the success of the flotation decision, China, for example, follows the policy of the weak yuan, and for years, to strengthen its exports despite the US objections to this policy,” Aboul Fotouh added.

He stressed that anyone can now get dollars from banks, whether to finance purchases from abroad or for treatment or even tourism, but at a fair and real price.

Moreover, he said that 2016 was the year of hard decisions, while 2017 is the year of challenges, expressing hope that 2018 will be for reaping the fruits of both years, as the production of gas from Zohr field kicks in, which will reduce the cost of importing petroleum products and supports the Egyptian trade balance.

He noted that the latest inflation figures show that the impact of the flotation has been absorbed, where rate declined in September 2017 to 1.5% on monthly basis, adding that, should this continue, CBE is expected to reduce interest rates.

He pointed out that there are many sectors that have not been affected by high-interest rates, such as small and medium-sized enterprises(SMEs), and the mortgage sector, thanks to the initiatives of the CBE.

Chief Executive Officer of Union National Bank – Egypt, Mohammad Nasr Abdeen, said that the decision had great impacts that were reflected on the prices borne by individuals, institutions and banks.

He stressed that the only solution to recovery is to reduce imports and increase exports, noting that countries with advanced economies have good consumer behaviour.

He added that the increase in hard cash resources of the banking sector since the flotation contributed to the elimination of the black market and pave the road for the investment to return.

Abdeen said that the liberalisation of the exchange rate was a necessary and important, but painful, pointing out that the Egyptian economy was a patient with appendicitis, which was near explosion in the absence of immediate surgical intervention.

“We believe that the economic reform programme is the starting point for a new phase of overall economic growth and increased employment rates, which to be reflected in improving living standards,” he added.

Abdeen also explained that the fiscal, monetary and structural reforms implemented by the Egyptian authorities will allow for the restoration of financial and economic stability and local and international confidence in the future of the Egyptian economy. It will also provide the state with more resources for development spending, improvement of public services and investment in infrastructure and expansion of social protection programmes.

He added that the government is currently focused on accelerating structural reforms and removing the obstacles to allow the development of local industry, especially exports, which will create new real employment opportunities. He pointed out that Egypt is moving in a new path that is consistent with its pivotal role in the Arab world and aspirations of a new generation of Egyptians who are more open to the world.

He highlighted the results of the reform programme, such as the reduction of the public budget deficit, the rise in foreign exchange reserves, the improvement in the Egyptian Exchange indicators, the inflow of foreign investments in government debts instruments, and the revival of exports.