Interviews No scholar is role model, preachers are not good for Dawah, new preachers are a trend that will soon disappear: senior imam in Awqaf Ministry
Pin +1 WhatsApp Tweet Share Share Jobzella Email 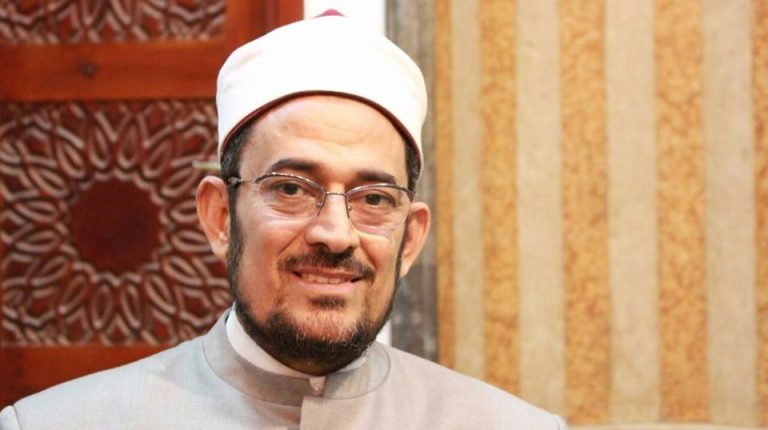 The religious discourse in Egypt and the Arab region is being heavily criticized, with lots of accusations that made President Abdel Fattah Al-Sisi give directions to renew the discourse, same as Saudi Prince Mohamed Bin Salman, who is leading the Kingdom of Saudi Arabia towards unprecedented openness.

The speech Al-Sisi gave in January 2015 in celebration of the “Night of Qadr” revolved around “dawah” (Islamic propagation) by Al-Azhar and Awqaf scholars and the importance of a religious revolution to renew the religious discourse.

The Ministry of Awqaf controls more than 110,000 mosques across the country; however, it suffers a huge lack in the number of preachers and imams, which makes it resort to students and many unqualified grads from Al-Azhar. They also accept little salaries, where PhD holders get paid EGP 75 per sermon, down to EGP 60, EGP 40, and EGP 20. The grads of Islamic culture centers affiliated to the Supreme Council of Islamic Affairs get paid EGP 70 per sermon, while the retired receive EGP 200.

In his interview with Daily News Egypt, Dr. Mansour Mandour, who is a senior imam in the Ministry of Awqaf, and a PhD holder in Islamic Studies, said that reforming the current preachers is impossible; however, there is hope in the new generations if they are well prepared.

He also said that new preachers are a trend that will soon vanish without people saying they were students of theirs.

In your opinion, is there a reason to demand the renewal of religious discourse?

Renewing the discourse should not be limited to scholars; however, neither should it be through their views of constants and religious values; it should be in the way they present their ideas.

When the way of presenting ideas is suitable for the audience, the good impact shall take place. God said, “We have only sent prophets who can speak to their people.”

The Facebook generation needs a new way different from the one we addressed the older generations with. Each era comes with a necessary way of communicating with the people present in that era.

First we had radio, then TV, then internet. We have become in need of a new way to address the new generations. This era is distinct for the speed with which information travels, so we need what suits this, and we need to address methodologies rather than fundamentalism.

You talked about constants, but those who attack the current religious discourse say that there are no constants in religions. What do you say about that?

The Hadith (saying of the Prophet) is clear: “Talk to people as much as their brains understand.” The brains of the public are different from the brains of those who are specialised, or very well educated, or even those who may be corrupt.

Some have stormed into the media and intervene in things they do not understand, such as Khaled Montaser, who fights against anyone who speaks about religion, even if it is a doctor. He must remain in a field he understands, instead of just attacking others.

“Religions are a constant, but aren’t working hard, being kind to parents, and guiding towards good deeds all constants of the religion?” How do you address someone with these claims?

For each person is a way to address them. Some people you would use science and knowledge with, some you would use Sunnah and Quran with. Each person must be addressed in a different way. It is important to note that the person we are talking about, who has said these claims, has very provocative writings. But those we cannot convince, we provide with proof.

What does it mean when the head of the state talks about renewing the religious discourse?

Anyone is entitled to demanding the renewal of the religious discourse; however, the president meant renewing the methodology and the tools required to make people understand their religion. You are always in need of new tools.

Should the president have demanded such a thing?

The place and time required the president to demand this. Al-Azhar’s books needed renewal, and some books even needed revision and correction. The books of professors are full of linguistic, methodological, and intellectual mistakes. Someone wrote 60 words with 17 linguistic errors, and this is a crisis.

What caused this deterioration?

Al-Azhar used to take students with grades of 50% in major faculties. These have become professors. This is a bad history. These people teach and preach others now. All of this has weakened the religious discourse.

There is a generation in Al-Azhar that comprises of preachers. The best of them entered the faculties of medicine, engineering, and pharmacy, and they have not worked as preachers, neither have they become the best in their professions.

You were in disagreement with Awqaf and talked about the unified sermon, what do you say about that?

The situation was different, and despite the major difference in point of view I had with him, he liked the proposal, but I thought that if the sermon was unified, imams would be like new anchors with already prepared sermons, without room for creativity.

I demanded that this happens to some extent with some preachers, but those with high degrees should not have this happen with them. I suggested bringing together the preachers of each area to sit together and decide the subject of each sermon every week based on the conditions of the area.

What is the job title of a senior imam?

Previously, we had a role, but now we are all equal. When I was hired in 1990, I was sent for six months to Sheikh Mohamed El Gaedy in Heliopolis. I used to visit him on a daily basis to learn from him. However, this does not happen now, even though each preacher should be passing his knowledge on to a number of students.

People do not benefit anymore form Friday sermons and complain about the unnecessary lengthening of the sermon; what is your opinion on this?

Preachers who take too long to deliver their point are failures. Within a few minutes, a preacher should make what he wants to say clear. My sermon lasts for only 20 minutes. Phonetics and broadcasting should be taught to enable preachers to deliver their point clearly. They must understand dealing with microphones and acoustics. These are all sciences to be taught.

What is your solution for this?

In order for a sermon to be successful, preachers must be prepared since they enter into college. There are inclusive approaches now, in addition to PhDs and Master’s degrees that are new in content and could be used to enhance the situation.

What about the preachers who already have platforms?

What about training courses?

Even training courses would not help, because they have turned into a way of networking and mere attendance. The majority of these imams have other jobs, too. Some are grocers, tuk-tuk drivers, and butchers.

If a person is missing something, he cannot provide it. Inspectors avoided the pulpit, so how can they inspect what those who stand on it do? Attention must be paid now on the young people, and their incomes must be improved, as their monthly incomes now do not exceed EGP 1600.

At some point, there was a religious reference, but now the Dawah is shattered on different pulpits; how can this problem be solved?

Unifying the religious establishment and eliminating its subordination to the government is the first step. Awqaf and Iftaa should also be independent.

Where would Al-Azhar be?

Al-Azhar’s role needs to be restored, because it became Egyptian instead of a global entity; it became affiliated to the state, and so its role and impact have diminished significantly. It must be restored to its original role before the June 1952 revolution.

Who in Egypt can we consider a renewed scholar with a religious reference in the Islamic world?

It is hard to call anyone that after Sheikh Ghazaly and Sheikh Shaarawy. The absence of the religious reference has allowed the manipulation of people’s minds. People now listen to ignorant preachers, and this is a phenomenon in the entire Arab world.

The president has spoken about atheism in Egypt; what is your opinion on that?

Statistics of atheism and homosexuality aim to spread chaos in the country, and I believe he talked about these statistics out of concern for religion.

How do you see the “Fatwa Kiosks” idea?

I was against it. In mosques, there could be fatwa committees instead.

What about Islam El Beheiry’s views that attack a lot of the constant views?

Islam El Beheiry wants to distort the image of imams and Islam in search of being at the top. He has a message that he wants to deliver through platforms that are not otherwise available for other moderate imams. Why not host new imams and present them to society?

I must add that the past must be dealt with by scholars who have experience, keeping in mind that we are not obliged to use the past in the present, as heritage is not imposed on anyone to use. There are specialists, however, who can be asked about how to deal with the issues of the current era.

The most important occasions on which the president spoke about renewal of the religious discourse:

At the celebrations of the Police Day, he addressed Sheikh Ahmed Al-Tayeb, saying, “You have confused me, imam”, talking about oral divorce.

These are the most important events in which the president spoke about renewing the religious discourse:

1 January 2015—He demanded a religious revolution to change the misconceptions in the celebrations of Al Mawled Al Nabawy (the Prophet’s birth) by the Ministry of Awqaf and Al-Azhar Al-Sherif.

22 January 2015—He talked about his desire to purify the religious discourse from false ideas that led to extremism and terrorism, explaining that he does not intend to attack the religious constants.

17 April 2015—He renews his talk about renewing the religious discourse in a speech made before the students of the Military College.

4 July 2015—He stresses the importance of correcting the errors of the religious discourse and showing the true image and side of Islam on celebrations of Lailat Al-Qadr.

22 December 2015—He stressed the importance of correcting the errors of the religious discourse, and called for spreading the values of tolerance.

29 June 2016—On the occasion of Lailat Al Qadr, he talked about the importance of correcting the religious discourse with the main aim of facing murders, sabotage, and destruction.

27 October 2016—He demanded the government to cooperate with Al-Azhar, the church, and all concerned parties to put the basis for correcting the religious discourse while maintaining the Egyptian identity.

8 December 2016—He explained that it is a long road towards renewing the religious discourse during Al Mawled Al Nabawy celebrations.

1 March 2017—He stressed the need for renewing the religious discourse and said it requires lots of work, before the students of the second session of the presidential programme, to prepare youth for leadership.

There is abuse by State Council towards women’s appointments in council: Gadallah