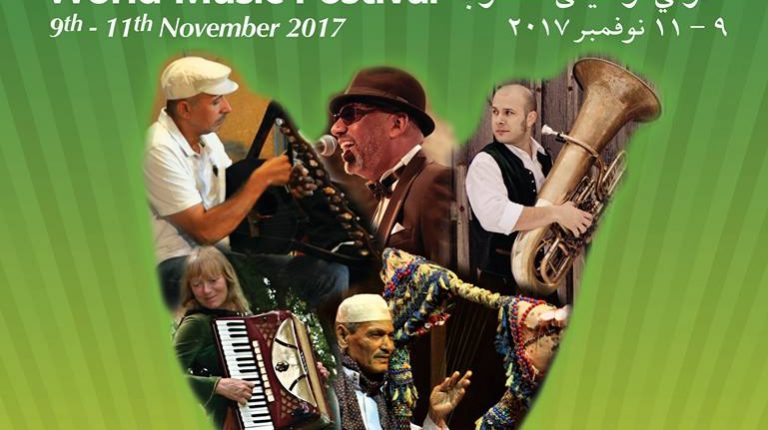 While the wave of modern music takes over the world, nostalgia to heritage remains the main magnet pulling loyal fans to their roots, leading them to establish annual folkloric festivals, where one platform combines the legacy of the east and the west. The third edition of the Wanas Folkloric Festival kicks off 9 November at downtown’s Greek Campus.

Organized by El Mastaba Centre for Folk Music, the festival aims to revive the nation’s cultural music. For two days, nine bands will perform their traditional songs to the audience, performing songs while using instruments that have been used by their ancestors.

In its third edition, the festival will focus on Egypt’s unnoticeable heritage. This includes bands that come from the eastern parts of Egypt, bringing an almost forgotten folklore to city residents.

“Tanboura”, “Nobanour”, and “Jerken” are the main Egyptian bands participating in this year’s two day event.

From Ismailia governorate comes the band Tanboura with the mission of saving Ismailia’s folklore for which has been known for years. The 28-year-old band has succeeded so far to voice Ismailia’s traditional songs and historical performances in Europe and Middle East. The band consists of 20 members, aged between 20 and 84.

Despite hundreds of books documenting the importance of Ismalia’s folkloric songs and their important roles in raising the wave of resistance against English occupation, Tanboura still performs the undocumented part of that legacy.

As for Nobanour, they come to present another unacknowledged side of Nubia’s beauty. With singing, dancing, and performing heritage songs, the band’s melodies present agony rather than happiness. While playing the drums in what might seem as energy boosting rhythms, the band tells the stories of agony and suffering that the residents of Nubia expiernced through their forced dislodgment in 1963 in order to build the Aswan dam.

From the beauty of the Nile to the peaceful desert of Sinai, Jerken comes to present the art of desert Bedouins. Creating the rhythm using 1967’s war scraps, the band reflects the passion of Bedouins.

“Rango” is another band from Sudan taking part in the festival. The origins of Rango go back to 1820, when Mohammed Ali occupied Sudan and brought thousands of Sudanese to work as slaves for the royal family and the Egyptian army at that time. Soon after, they sat their foot in Egypt, finding a way to gather and remember their old golden days in Sudan by playing “Rango”, an instrument similar to drums yet smaller.

From around the world, “Kapriol” will also perform at the festival. The Dutch/Frisian band combines the heritage and folklore of both cultures, bringing them on one stage through a performance that has a mix of flutes, vocals, and the rhythm of pounding musical instruments.