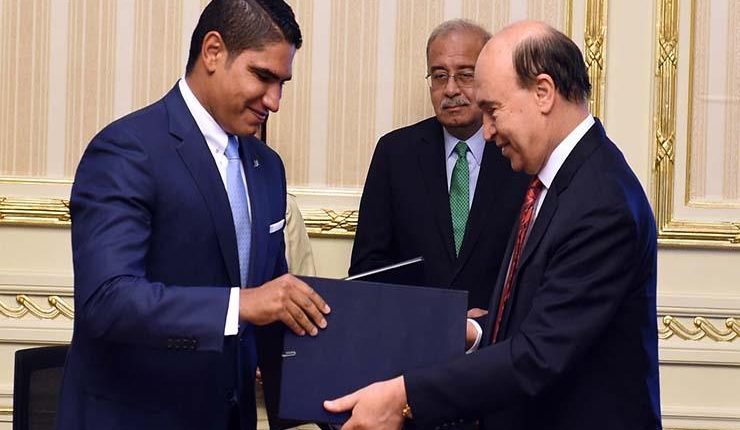 Adidas revealed the home kit that will be worn by the Egyptian national football team in the 2018 FIFA World Cup in Russia. The jersey takes inspiration from a previous shirt design, but brought into the 21st century with progressive tooling and innovation.

The new home kit is a modern interpretation of one of the country’s most famous jerseys, the iconic home shirt from the 1990 FIFA World Cup in Italy.

Juergen Rank, senior design director at Adidas, said, “Adidas has created so many products, innovations, and looks through the decades, which became true icons in the football world. We want to celebrate those icons in the world of today.”

The German company set the price of the Egyptian shirt at €90 (about EGP 1,800 pounds) before releasing it officially in markets.

Egypt has qualified for the World Cup after beating Congo 2-1 in the fifth round of the 2018 World Cup qualifiers.

The Egyptian team will face its Ghanaian counterpart on 12 November in the sixth round of qualifiers, but the game’s result will not change the fact that Egypt will play in the next World Cup.

In 2014, the Egyptian Football Association signed a 4-year contract with Adidas worth EGP 50m to provide the team’s kits.

The contract obliges the Egyptian association to put Adidas ads in the team’s friendly matches, as well as the association’s general assembly meetings in Cairo. The company has allowed the players to choose their shoes without preferences.

The association sent a letter in mid-October to Adidas, the sponsor of the national team, to transfer €700,000 as a reward to the national team for qualifying for the 2018 World Cup, in accordance with the contract between the two parties.