In Focus How the Al-Qaeda affiliated group Ansar Al-Islam climbed to be one of Egypt’s most wanted militant groups?
Pin +1 WhatsApp Tweet Share Share Jobzella Email 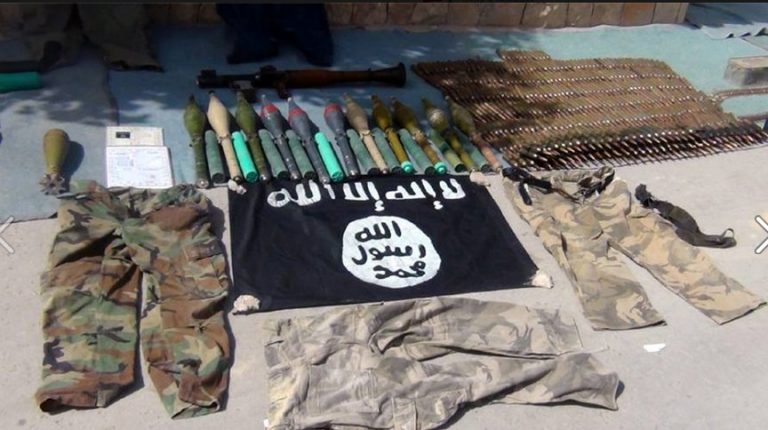 With the militant group Ansar Al-Islam claiming responsibility for Wahat shoot-out on 20 October, questions rises around the involvement of Al-Qeada group in Egypt.

The group asserted that one of its members Abu Hatem Emad al-Din Abd al-Hamid was killed in the air-strikes that were launched by the army following the Wahat attack. It is said he was the deputy of Hesham Al-Ashmawy, a former military officer in the Egyptian army who joined Jihadist circles, especially Al-Qaeda and the Islamic State group.  Abd al-Hamid’s participation in the major Wahat attack shows the presence of a sophisticated branch of the group which was established by Osama Ben Laden in the 1990s.

But reaching a conclusion of a rise of a militant arm of Al-Qaeda in Egypt requires digging back into the Islamic militancy in Sinai since the late 1990s. The first six years of the 1990s, witnessed heavy and bloody confrontations between militants from Al-Jamaa Al-Islamyia and the Egyptian state, whose clashes took place in the delta and upper Egypt, leaving hundreds killed. However, after the involvement of the State Security Apparatus, a peace in the shape of theoretical revisions took place between the state and  Al-Jamaa Al-Islamyia who many described them as “tamed.”

However, the heavy security crackdown enabled young and radical Islamists to gathered and regroup in prison, giving room to a new trend that rebelled against the now tamed lions of  Al-Jamaa Al-Islamyia, and who kept an eye on Al-Qaeda, who was active in Afghanistan in that time and managed to operate in the US, Africa, and Europe.

One of those young radical was Khaled Messaed, a doctor who was released from jail and started his group Al-Tawhed w Al-Jihad, with a had spiritual alliance with Al-Qaeda. A spiritual alliance here meant have same overall goals, but he didn’t share the logistical alliance with Al-Qaeda, meaning there weren’t material support. In some instances, Al-Qaeda leader Ayman Al-Zawahry praised what he called “fighters in Sinai,” and called for Al-Qaeda leaders to take care of the youth there.

Messaed excommunicated army and police, and participated in the deadly attacks in sinai in 2004, 2005, and 2006. On 7 October 2004, three bombs ripped through tourist hotels in the Sinai Peninsula, killing 34 and injuring 171. One of the bombs went off in Taba, which claimed the lives of 31 and caused ten floors of the hotel to collapse. A majority of the victims were Egyptian. On 23 July 2005, Sharm El Sheikh witnessed a series of bombings, leading to the death of 88 people.

The leader of the group was reportedly killed in 2005 by police forces, but his group remained active. Dahab, also in Sinai, was struck by three bombs on 24 April 2006, killing at least 23 people. The majority of the victims were Egyptian.

Since mid-2005 a severe crackdown by security forces in Sinai, resulted into the fleeing of militants to Gaza. However, after the turmoil that took place in Gaza and the rise of militancy between conflicting sides in the strip, several militants came back to Sinai, using the tunnels.

In 2011, during the January revolution, Militant groups found the perfect moment to apply vengeance against police, due to the severe crackdown. In June 2011, militant targeted police stations leading to the deployment of the army in Arish and cities near the boarder with Rafah. The main group that was active was Ansar Bayt Al-Maqdis. The group mainly focusing on the gas pipes.

After Ansar Bayt al-Maqdis declared its responsibility for targeting gas pipeline in Sinai stretched to Israel and Jordon in 2011, Al-Zawahry congratulated them and encourage fighters to execute more similar operations.  them and called for more operations, as part of the group’s ideology, that leaders can give orders to members through distance and can not take part in the attacks. In July 2013, their operations intensified to include army and police personnel, and witnessed a radical shit after the dispersal of the Rabaa Square sit-in.

In 2014, a dispute over whether the group should pledge allegiance to the Islamic State or to Al-Qaeda, with the first group winning. In February 2014, militant group Ansar Bayt Al-Maqdis, who would later pledge allegiance to the Islamic State, claimed a bomb attack on a tourist bus in Taba, killing two South Koreans and an Egyptian driver. It was a suicide attack. The militant group said that the attack, which was the first to take place after the ouster of Muslim Brotherhood-affiliated president Mohamed Morsi, was aimed at “raging an economic war” against what they called a “regime of treason”.

This decision to follow the Islamic State group, which was in its peak in Iraq and Syria, created an offshoot, that is more loyal to Al-Qaeda, which was Al-Murabiteen’s Ashmawi, the former Special Forces officer and is now one of Egypt’s most wanted jihadists. In July 2015, he released a voice note calling for different groups to counter the Egyptian regime, accusing it of killing  “soldiers of God”, “fighting our religion”, and killing “our men and women”.

The jihadist cell reportedly is small, but with their knowledge of the Arab world’s largest military, they are considered to pose a serious security threat. Ashmawi is suspected to have been behind several high-profile attacks on the Egyptian state, including a massacre of military personnel in Sinai, known as the Al-Farafra attack in 2014.

Some speculations also argue that Ashmawi masterminded the assassination of Prosecutor-General Hisham Barakat in a Cairo explosion late last month, the first of its kind of a top state official since 1990. However, more than a dozen defendants were tried and were sentenced to death for this incident, with Ashmawi not mentioned in the case. Ashmawi has been accused of executing the Al-Farafra attack and is currently being tried in absentia.

Since then and till 2017,  Ansar Bayt Al-Maqdis, who later executed deadly attacks against the army and police in Sinai, and also received harsh blows from the security apparatus in Sinai, resulting in expanding its activities in the delta and upper Egypt.

Ashmawi’s group involvement, or his influence, in the Wahat attack suggests a presence of a strong trend that is present in Egyptian soil, near the western boarders. With the Libyan National Army gearing against militant groups in eastern Libya, the western desert scene might become a new scene of operations after limiting the activity of Sinai Province.