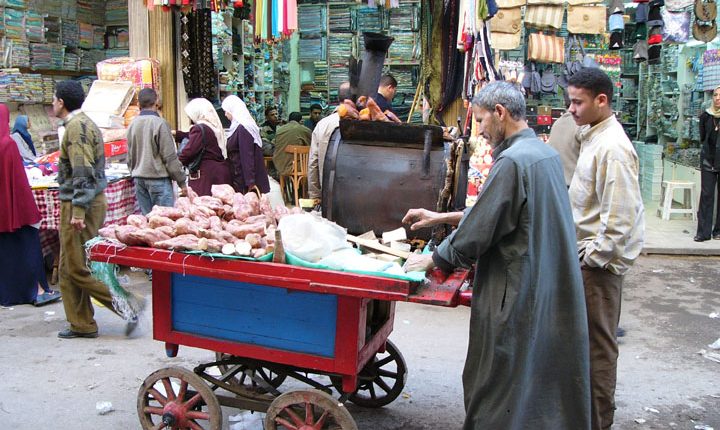 Throughout the past period, youth food cart projects have spread across the country’s streets and malls, still there is no law legalizing their presence on the streets, which continues raising fear among other individuals to start such projects despite their desire to do so.

There are multiple numbers of non-governmental organizations and company grants funds for youth to start small or medium projects, but sometimes when it comes to food carts the situation becomes more difficult due to the failure of municipalities to grant licensing.

In May 2017, Parliament Member Ashraf Omara filed a requested to the parliament speaker Ali Abdul Aal to legalize the conditions of food carts in street.  His request following president Abdel Fattah Al-Sisi call to grant a license for burger cart owned by a girl in Cairo. The member request did not refer to the projects that are already implemented in Cairo but await licensing, he only referred to the youth projects present in Ismailia governorate as it was his constituency.

Under the new the economic conditions in Egypt that appeared in the country during the recent years and the issue of limited job opportunities, youth began to find their work by their own.

There are number of fast food carts that appeared in the country since 2016, selling fries, burgers, fresh juices, cupcakes as well as sushi. All were established by individuals of good social classes, who are able to fund their projects by their own. Some of these carts stands in mall with very expensive rents, and some others cautiously walking around in Cairo streets.

In late October, Egyptian-French agreement were signed to boost cooperation in entrepreneurship field, as France aimed at providing food carts to help them set up their own businesses and offer more employment opportunities,  in which Egypt requested France to finance the purchase of 500 mobile carts. This agreement raised questions on what type of carts would be offered, and if this would increase new food cart projects that recently appeared in the country.

In response to the questions regrading the agreement mechanism, Daily News Egypt contacted Yasser Al-Tiffani, Media Advisor to the Minister of Commerce and Industry, who explained that the ministry has requested France to offer 500 carts, but still they are studying the issue, so there is no idea about the type of cars or whether hey will be mobile food carts for fast food restaurants or vegetables cars.

The ministry is still awaiting the French response to be able to determine the conditions of getting such cars, and what could be their specifications.

Previously in 2015, Ministry of Supply and Internal Trade started initiative of the mobile car carrying cooled products to be offered to young people to work as mobile goods outlets carrying food commodities of meat, poultry, fish and frozen vegetables with reduced prices for citizens in all governorates of Egypt.

This came as implementation for Al-Sisi’s to offer a large number of mobile cars for young people to sell food commodities at prices that suit all Egyptian families and provide job opportunities.

There are an uncountable number of youth who aim at starting such projects, but aspire government support, as usually governmental institutions set certain conditions for funding youth project, such as excluding high degree graduates.

Daily News Egypt spoke to youth from different social classes to understand what could the barriers that hinder them from beginning a food cart project be.

Hamsa El-Naggar, mass communication graduate and upper middle class citizen, who was not able to work in the field of media said that she wishes to get a fund from the state and a license to facilitate procedures to start a food cart project.

“I’m passionate about fast food cooking, I want to create my own menu, and offer different food services through a well-decorated mobile car,” El-Naggar said.

El-Naggar is also a food blogger with over 3000 follower on social media platforms. She is also keen to attend different food events happening in the country to experience new kitchens and recipes. The twenty-four-year-old girl was not the only middle class citizen that complained of lacking funding to begin her dream food cart project.

Ahmed Yasser, who are currently studying in faculty of commerce at Al-Azhar school said that his skills are not strong enough to qualify him to work in a bank where he can receive decent salary.

“I work on rented sweet potato’s cart. I get around EGP 120 daily, that helps me to cover my eduction expenses. My mother is a house wife, she sometimes bake some biscuits and sell them to neighbours to help us, and my father has recently retried and gets EGP 900 only as pension. My parents incomes are not even enough to cover our five members family needs therefore I should rely on myself,’’ the 20-years old commerce student, who lives in Embaba neighbourhood in northern Giza said.

Yasser said that he wishes that he could be able to get a loan or a fund to start a food cart. “I will work with other youth in my age, we will be able to afford expenses and save money to start future family later,” he concluded.

The commerce student was not the only citizen who wishes a chance from the state to start such project, but even old men standing in front of corn and bean carts as well.

In any busiest street in Egypt full with shops and vendors there are definitely a sweet potato’s, or lupine, or pop corn, or bean cart, that could suddenly disappear if municipality officer came to district for inspection.

Mobile carts are rarely requested from banks, companies or associations that grant funds for youth projects, because they will not be able to provide certain headquarter to fulfil the loan or the grant requirements.

The twenty-year-old owner stands every morning in front of a red cart selling cheese and egg sandwiches as breakfast. He explained that he doesn’t have a specific location, but he prefers to stand on busy streets to reach more customers, but once the municipality office representatives appeared he ran to save his goods.

“I don’t what to do to get a fund to start a proper project. No one told us that we can get any fund to do such a thing, and I don’t know where to go or who to ask,” this was his response when he was asked why he doesn’t take a loan from the state to develop his project.

The young man was not only the one who didn’t know a way for development or support for his project, even old men selling hot corns in rented cars.

“My income on daily basis is around EGP 150, which is certainly is nothing with today’s prices”, 56 years old corn seller standing at Dokki street said.

He continued that he will definitely go for food cart project, but the issue requires awareness, explaining that no one told or announced such thing before to him.

Ahmed Wally, one of the Shocks burger truck present New Cairo’s Waterway mall, told Daily News Egypt that “the whole issue of continuing food carts idea in Egypt is that it should be legalized, after several number of carts have started in different areas, still they are living in fears of demolish by municipality, seeking government recognition”.

Wally explained that idea of food carts seems working well, but being unable to obtain license is impacting its success and stability, setting an example that some youth starts some food carts project with low investment so if their work get demolished they would not loose too much.

“But by this way, they are not offering clean service for clients. In my opinion state recondition is important not for only solving employment issue, but to also benefit the state itself throughout taxes that will help the economy’, he continued adding that, “recognition will allow the food owner to pay electricity, and receive health license that will assure his work quality.”

Wally started his project with two partners, through own fund. This is not the first project to be self funded, the majority of the recent food carts were implemented in the same way.

“Even if one is able to fund a project the license issue will remain an obstacle in the way. The license will not only grant the stability of the project but will also guarantee its success. Beginning a project on the streets, is not as expensive as renting a place in a mall,” he concluded.

The owner expressed his wish that such projects would boost the food carts market in Egypt, confirming that there will no be great competition as Egyptians are high food 7consumers.

Elmotawakel Dates Company is targeting sales worth EGP 16m in 2017