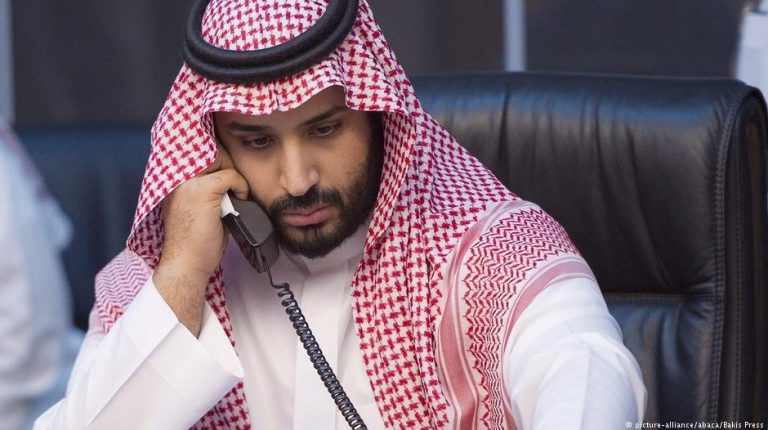 By the recent unexpected arrest and detention of about 11 Saudi princes, and a large number of current and former ministers, the Saudi Crown Prince Mohammed bin Salman seems to be restraining the power of Saudi Arabia’s religious establishments and institutions that are turning to KSA’s oil wealth to promote their extreme ideas and intolerant interpretation of Islam, according to New York Times.

Saudi-owned “Al Arabiya” announced on Saturday evening the arrest of the prominent billionaire, Prince Alwaleed bin Talal, in addition to at least 10 more Saudi influential figures and royal cousins. The arrests came shortly after the formation of a new anti-corruption commission headed by Saudi Arabia’s Crown Prince and formed by the order of King Salman, the Crown Prince’s father. State-run Saudi Press Agency said that the goal of the commission was to “preserve public money, and punish corrupt individuals, as well as those who exploit their positions,”

“No one is above the law, whether it is a prince or a minister,” said Prince Mohammed in a television interview earlier this year.

In a statement, Saudi Arabia’s Attorney General said the actions implemented by the supreme anti-corruption commission were undertaken “as part of the state’s judicial duty to combat corruption”.

The detainees in the wave of arrests included Prince Mutaib bin Abdullah, the last of the late King Abdullah’s sons to hold a position of real power. Until right before the arrest, he was head of Saudi Arabia’s National Guard, which accounts for nearly half of the country’s military. Other detainees included Ibrahim Al-Assaf, a former finance minister, Adel Fakeih, an economy minister, Prince Turki bin Abdullah, a former governor of Riyadh. Major business figures including Bakr bin Laden, chairman of the big Saudi Binladin construction group, and Alwaleed Al-Ibrahim, owner of the MBC television network, were also amongst the detainees, according to the Telegraph.

Kristian Ulrichsen, a fellow at the Baker Institute for Public Policy at Rice University said that the broad scale of the arrests appears to be unprecedented in the modern history of Saudi Arabia, Mail and Guardian Newspaper reported.

Analysts said that many of those who were detained, were against Prince Mohammed’s aggressive foreign policy which included boycotting the Gulf neighbour Qatar. They may have also been resistant to some of his bold policy reforms, including privatising state assets and cutting subsidies.

“The crown prince will say the arrests show his determination to root out corruption, a precondition of a more open economy. But few think the arrests, and related ministerial sackings, are the independent decision of a new corruption body, established just hours before to replace an existing one, rather than part of a wider reshuffle to centralise all security authority under Mohammed bin Salman,” the Guardian said.

Amongst the prince’s motives, the Guardian expects that his latest purge may be a sign that he is aware that opposition is gathering. “He believes the educated population, liberalised by social media, want reforms to go faster, and those holding back change must be ruthlessly set aside” the Guardian added.

Before the arrests of his fellow royals on corruption allegations, Prince Mohammed had taken away the arrest powers of the religious police, and provided more space to women in the public life, including allowing them to drive cars, New York Times reported.

Regarding the expected impact of Mohammed bin Salman’s actions on investments, Bernard Haykel, a professor studying Saudi Arabia at Princeton University, said that even though this was a step that had to be taken, “the absence of a judicial process sends a chill down the spine of foreign investors”, according to the New York Times.

On the other hand Michael Stephens, a studier of Saudi Arabian affairs at the Royal United Services Institute in London believes that the move Crown Prince Mohammed made was a more refined way of making sure there will not be challenges to his power.

While opinions vary on the implications and motives of such a bold move, only time can show whether Mohammed bin Salman’s unforeseen actions have paved way for sleek despotism or have helped evade a crisis coming before its arrival and fought against possible damage.