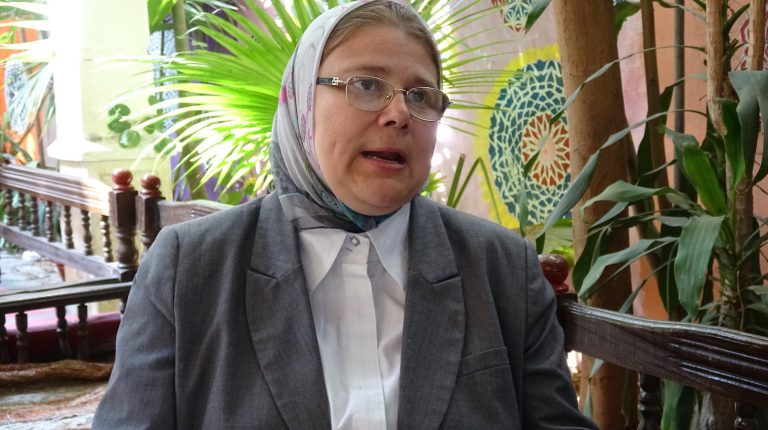 Shereen Farrag, member of the health committee in the Egyptian parliament said that the health file in Egypt is managed in a vague manner, and that the Ministry of Health is responsible for the absence of the Supreme Commission for Pharmaceuticals.

During her interview with Daily News Egypt, Farrag said that the comprehensive health insurance project which will soon be passed to the parliament has not been carefully considered and was issued in a rush as a result of international agreements, as there are obstacles facing its application.

You have moved from the energy committee to the education committee, then finally to the health committee, why did you move a lot?

I am very interested in the quality of services offered to Egyptians, especially in terms of education and health, especially because of my academic study in medical engineering.

I would also like to use the constitutional regulatory tools of parliament members.

As a member in the health committee, how do you see the comprehensive health insurance project that the government plans to refer to the parliament?

The project has a major issue. Any law issued in this aspect aims to provide citizens with high-quality services. I wonder what the new draft law can actually offer compared to the existing health insurance law.

Through comprehensive reading of the new law, I have not found in it anything that is related to the quality of medical services.  At the same time, I wonder, what is the nature of the service to be provided to Egyptians? This is the issue. It is important to decide on a goal and a product.

The government will soon refer the draft law to the parliament, how will you deal with it?

During the development of the committee’s agenda over the past few days, I suggested categorizing medical services, their standards and quality as well as medical education and hospitals.

Part of the medical system is about doctors and the supporting medical services, and another part about pharmacy, while another is about medical engineering.

The government has announced that the draft law will be applied on phases, to be entirely applied by 2032, what is your opinion about this?

This is strange. How can a citizen benefit from medical services in a governorate that are not available for other citizens in another governorate? Are we working according to a system of centralization or decentralization?

I believe that the comprehensive health insurance bill has not been carefully considered and was issued in a rush due to the commitment to international agreements, however, it will face obstacles on its application.

The approach followed by the current project is a continuation of the existing system that does not want to provide distinct medical services. What about the code of hospitals? Do you know that the first violator of this code is the government in the hospitals of the Health Ministry? The service quality is a very important issue. We know that the current health insurance does not provide a good service, and unfortunately it is very poor.

Is there a constitutional entitlement that the Health Ministry obtains 3% of the GDP?

The allocations of health were calculated based on the GDP this fiscal year. They are estimated at EGP 53bn. I believe the constitutional entitlement was implemented in this regard.

However, the issue is not just about allocations. We must pay attention to creating a plan to spend these allocations and benefit from their return for the improvement of citizens’ lives.

Are these allocations enough?

We hope that the Health Ministry obtains more financial allocations during this year.

The government announced that it is considering the privatization of “integration hospitals”, what is the solution, in your opinion, to develop these hospitals?

I believe that the heath file is managed in unclear manners. We discuss lots of issues but have no clear plans to advance the health sector.

Are you with or against privatization?

As I said, I should first know the private property and assets in the sector, especially if there are uninhabited hospitals. We need a different perspective in order to know our capabilities and assets. Then, based on the number, I can make a decision.

If there were sufficient information about this, I would say that whatever is a surplus can be sold in that case.

Investors believe that the health sector will be attractive for investment over the upcoming period, and many are scared of the privatization of medical services. What do you say about that?

The job of the health ministry is to monitor medical services in private hospitals.

How do you see the way the government is dealing with the medicines crisis, whether in terms of shortages or pricing?

This file is not managed so well by the Health Ministry. The Ministry is responsible. The performance in the medicines file is not proper and there is no plan, hence, I expect there will be a problem every now and then emerging to the surface. This is makes me wonder, where is the Supreme Council for Medicine? The Ministry of Health is delaying the formation of this council.

Why has the share of companies of the pharmaceutical business sector declined in the local market?

I will be looking into this file during the legislative term. We must know that what happens in the pharmaceutical policies planning centre is one of the issues in the file. Medicines are very important products and are not luxurious. We must always take this into consideration. During the past period, there were several crises relating to medicines, and the Pharmaceutical Policy Planning Center should play a larger role. There must be a national plan in this regard.

Do you think that the crisis of the health sector is an issue of financing in Egypt?

We cannot keep using the issues facing the Egyptian economy as an excuse. Before having good funding, it is necessary to have a clear vision able to make the ambitions of the Egyptian street come true.

I will file a request for a briefing regarding the government’s bearing wrong managerial decisions of its employees that cost about EGP 750m.

We need a balance in programs so we can hold people accountable for their actions based on them.

The issue of financing makes us open a critical file; one where there are EGP 750m wasted as a result of poorly made decisions. The absence of a vision and planning will only keep the issues the Egyptian economy facing coming.

Topics: health member of the health committee in the Egyptian parliament Shereen Farrag

Major trend of EFG Hermes’ stock is still up despite current correction: report