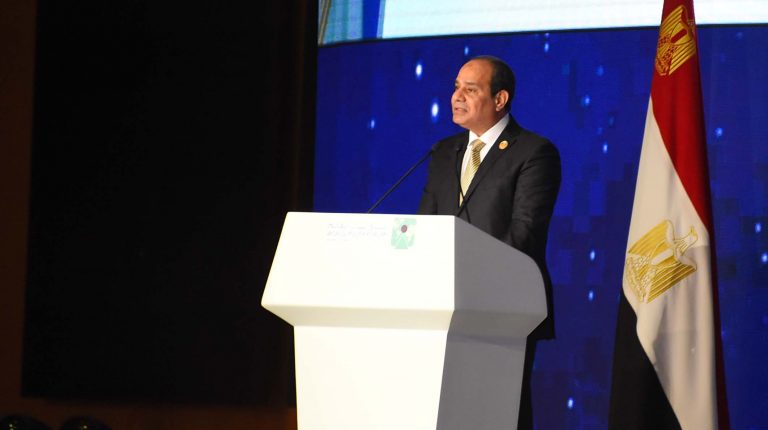 The World Youth Forum (WYF) held in Sharm El-Sheikh last week took over much of local news coverage and led op-ed writers to tackle different aspects of the event, write about the president and raise, or respond to, criticism to state policies. Much of the focus is expected to turn towards the upcoming presidential elections, the political scene and state institutions’ performance.

Pro-state journalist and TV host Ahmed Moussa wrote in Al-Ahram, the state-run daily newspaper, about the re-appearance of figures who betrayed the country and its people, saying they claim to speak in the name of “bread, freedom and democracy.”

Without naming them, Moussa said those people – who previously allied with the outlawed Muslim Brotherhood and work against the army, police, and judiciary – are trying once again to take the spotlight, shamelessly, wondering “who is allowing snakes to spread poisons again,” and arguing that they have lost the people’s trust.

Moussa is known for his hostility towards the 25 January 2011 revolution and political activists, and his column comes a few days after lawyer Khaled Ali, politically representing the opposition, announced his intention to contest the upcoming presidential elections.

Accordingly, “Khaled Ali’s present to Al-Sisi” was the title of Al-Shorouk’s writer Mohamed Saad Abdel Hafiz, a member of the Press Syndicate’s board council. Abdel Hafiz said that theoretically and according to Al-Sisi’s speech in the WYF, the race is open to any candidate.

“Practically, there are strong indications that we aren’t going to have any pluralism in the upcoming elections,” he wrote, citing, “moral assassination and systematic distortion campaigns against anyone who dares criticising or barely making remarks on the current regime.”

Abdel Hafiz said those reasons would also affect objective evaluative reactions to the statement of accountability expected to be presented by Al-Sisi.  As such, he argued that Ali’s decision is brave amidst an atmosphere of fear, but that he might also start thinking of withdrawing in the face of such challenges.

Political plurality was also the subject of politician Osama El-Ghazaly Harb’s column in Al-Ahram. The president of the Presidential Detained Youth Committee discussed the role of various, well-established political parties in presenting and supporting presidential candidates, but that they also play an important role in helping political systems mature.

Harb opinionated that there should be priority given to democratic development, especially given the current weakness of political parties, partly as a result of oppression.

On Sunday, a daily columnist in Al-Masry Al-Youm who goes by the name “Newton” criticised a draft law aimed at criminalising insulting public figures, submitted by a member of parliament. Writing that the law sets strict prison terms for vaguely defined crimes, Newton argued that “any citizen would probably face legal accountability for speaking of his grandparents,” he wrote.

There was recent controversy when scholar Youssef Zidan called Ayyubid Sultan Salah El-Din – iconised as the liberator of Jerusalem – despicable, for crimes against humanity that he committed against the Fatimids. Newton argued in favour of the examination and evaluation of the legacies of those who influenced and shaped Egypt.

Meanwhile, journalist Seliman Gouda, a supporter of President Abdel Fattah Al-Sisi, wrote a column in his defence, clearing him of responsibility for the delay in the opening of new Japanese schools, which left hundreds of students in uncertainty just before the start of the 2018 academic year.

Gouda argued that the president was left with no options when his minister of Education failed to do his job, since he was responsible for his ministry for a period of eight months, accusing the minister of misleadingly trying to blame the presidency and evade duty, and called on parliament to question him.