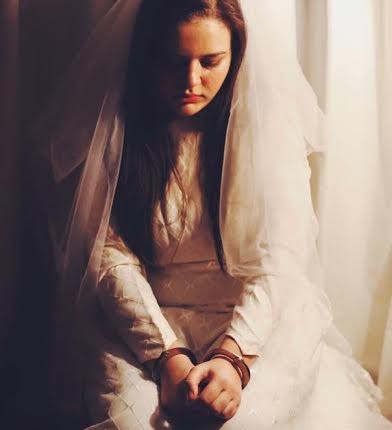 17% of girls in Egypt married at the age of 18, while in Yemen the percentage is 32, two percent in Tunisia, and three percent in Algeria, according to UNICEF in May 2016.

This means that the number of child marriage cases is high, as it represents 118,000 girls under 18 years old, and it represents 14% of all marriages in Egypt annually, according to the Central Agency for Public Mobilisation and Statistics (CAPMAS) in 2017.

Child marriage is any formal marriage or informal union where one or both of the parties are under 18 years of age, so it affects boys, but so far they are affected to a lesser degree than girls.

Not surprisingly, child marriage is a violation of human rights, especially the female, as child marriage often results in teenage pregnancy and social isolation, interrupting her schooling, her development, and limiting her opportunities for career.

Moreover, globally, about one in seven adolescent girls (aged 15 to 19) are currently married or in union.

West and Central Africa have the highest proportion of married adolescents (27 percent), followed by Eastern and Southern Africa (21 percent), and the Middle East and North Africa (14 percent), according to UNICEF.

Meanwhile, in Egypt, there are many factors that put girls under the risk of child marriage, such as social norms, poverty, and families’ perception that marriage will provide safety and protection.

Finally, the government in Egypt decided to take action to fight this phenomenon by drafting a law prohibiting child marriage, making the punishment combine between rigorous imprisonment and a fine and prevent the ratification of the customary marriage for children for decades. Also, the Ministry of Health holds training sessions for women in 10 governorates to spread awareness about risks of early marriage.