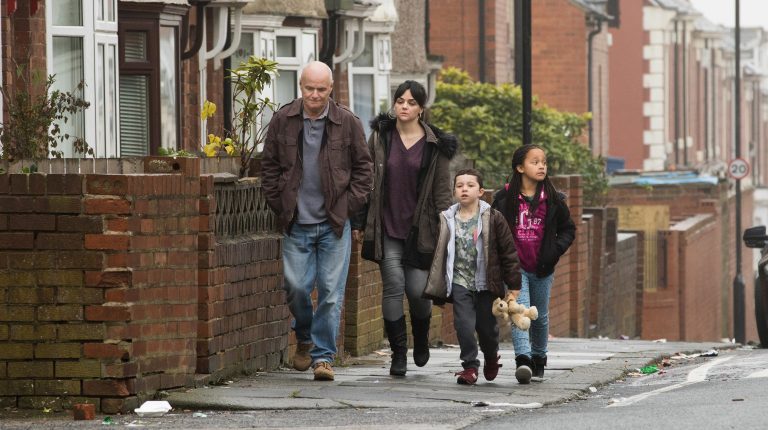 “I, Daniel Blake” tells the story of a 59-year-old man (Dave Johns), who is struggling to win an appeal on his welfare benefits, which he especially needs after having a heart attack that prevents him from working. The film is a gritty and raw portrayal of Britain’s social security system and its benefits, or the lack thereof. Daniel’s path intertwines with that of a single mother (Hayley Squires) and her two young children who are also crushed by the system at the Job Centre. Both are met with layers of bureaucracy and a grotesque system that strips people of their basic needs, instead of securing them. While many are left with nowhere to go, the vulnerable are shunned and barred from gainful employment, because as screenwriter Paul Laverty puts it, society is modelled to produce unemployment.

Nevertheless, director Ken Loach, along with Laverty, attempts to expose this corrupt system. A heart-wrenching drama, the film is applauded for its authenticity and is seen as an articulate critique of the system.

In between Dan’s heart attack and the final verdict on his appeal, he finds himself caught up in a system that slowly fragments his being and drives him to the verge of idleness. That system seems to enforce the kind of technology that triggers an old man’s pet peeves; the persistent glitches on an online application, the frozen computer he wants to “defrost”, and the CV that has to be typed – all things that are doomed in a world that is “digital by default”, whereas Dan is “pencil by default”. In other words, he’s becoming an outsider and a burden to society – a burden carrying a heavy, sick heart.

His employment and support allowance is denied as long as he is not working, albeit he is told he cannot work because of his heart condition. It is a vicious cycle and is so senseless and absurd, all packed behind a totalitarian advocacy. One has to wonder if Dan will ever be able to enjoy his basic rights when – if ever- he finally gets his final verdict.

The film portrays the irony of how today’s “benefits” system is sucking the life out of its senior citizens and those in, or bordering on, poverty. It also depicts the absurdity of a dysfunctional system that doesn’t let its citizens enjoy their rights. Maybe this conservative regime’s true intention is get rid of the poor, the sick, and the old. After all, the film astutely shows that this rotten system may very well be designed to sabotage the welfare of the vulnerable, rather than safeguard it.

Teetering between a Kafkaesque tone and an Orwellian style, this nightmarish, unrelenting world – where the sick are unwanted and the poor are obviated – is met by a bureaucratic system. In it, there’s a constant referral to the elusive “decision-maker” who is supposed to give the verdict, but is never really there.

However, the film’s simplicity and smooth transitions give room for the unfolding of the story. Its static pace, free of any twists or a climax, hammers on the fact that it’s not a piece of socialist propaganda. Yet, in the end, the film does in fact unravel itself to come off as such. It is not only a representation of the life of a worker, but of the working class as a whole and how it is easy to be in solidarity with the woman in the queue or the African neighbour. This sense of connection is what hails the writings on the wall; where Daniel’s vandalism is met with cheers and applause. For when Daniel completely loses faith in the system, he writes just outside the welfare office, “I, Daniel Blake, demand my appeal before I starve and change the shite music on the phones!” His final act of rebellion unifies the people, from pedestrians, to Job Centre workers; everyone is Daniel Blake.