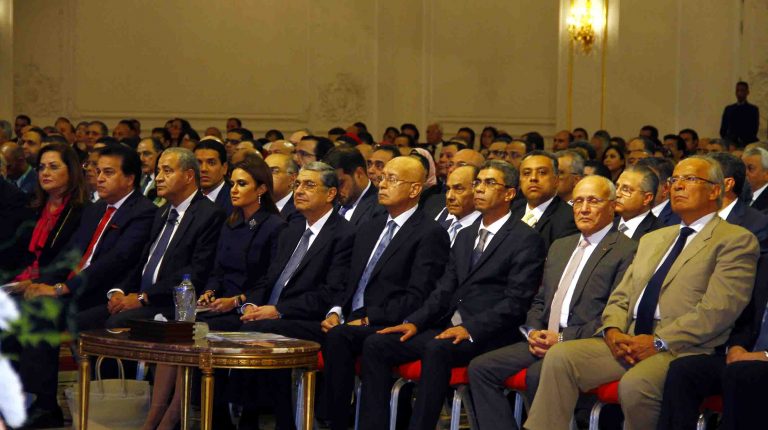 Prime Minister Sherif Ismail said that the economic reform program has already started to pay off, and people will feel improved life conditions in the few coming months.

Ismail made the remarks following the inauguration of the Akhbar Al Youm economic conference.

The economic program presented to the International Monetary Fund (IMF) is a fully Egyptian one by which the country abides, Ismail noted, adding that Egypt is on the right track toward achieving economic and social reforms.

“Egypt is moving steadily towards the achievement of sustainable development in various fields,” Ismail confirmed.

“The amount of projects completed in recent years equals the total number of projects carried out during the last forty years,” Ismail added.

The prime minister, who came into office in 2015, said the coming period will “reap the fruits” of the efforts exerted to achieve sustainable development in various sectors.

“Approving the third tranche of an IMF loan is considered an important outcome of the economic reform program, which has been praised by all international financial institutions,” Ismail pointed out.

The IMF’s agreement to provide $2bn to Egypt as part of a three-year $12bn loan agreement is a stamp of approval on economic reforms being pushed through under the terms of the deal.

The latest payment, which remains subject to approval by the IMF’s executive board, will bring total disbursements under the agreement to $6bn.

In a statement released following a recent visit to Egypt, the fund said, “Egypt’s economy continues to perform strongly, and reforms that have already been implemented are beginning to pay off in terms of macroeconomic stabilization and the return of confidence.”

“While the reform process has required sacrifices in the short term, seizing the current moment of opportunity to transform Egypt into a dynamic, modern, and fast-growing economy will improve the living standards and increase prosperity for all Egyptians.”

Ismail also said that the people have to endure more tough reform plans, confirming that the economy has started to recover.

Last year, Egypt floated its currency and reduced energy subsidies as part of an ambitious economic reform program outlined under the terms of the loan.

Since then, the Egyptian pound has approximately halved in value and inflation has soared to record highs in what is widely acknowledged to have been a challenging adjustment period.

“The reform measures took place despite difficulties on several fronts and the upcoming benefits and potential gains are evident.”

“The government of Egypt is committed to the reform plan to put Egypt on track when it comes to macroeconomic settings and macroeconomic balances,” he added.

The prime minister also noted that foreign direct investments have increased by almost 15%.

“The economy could also grow 4.2% in the current fiscal year,” Ismail expected.

The International Monetary Fund said that the reform measures driven by the Egyptian government such as currency devaluation led to economic recovery in different sectors, even as inflation remains high.

“The reemergence of growth as we see it is broad-based; various sectors of the economy are benefiting from it including export and tourism,”IMF, said. “Remittances are improving as well as other traditional sectors.”

Meanwhile, Egyptian Planning Minister Hala Al-Saeed said that she projected foreign direct investment in the country had reached $8bn to $8.5bn in the 2016-17 fiscal year, which ended in June.

Saeed said the government was targeting a 20% increase in foreign direct investment in the 2017-18 fiscal year which began this month.

Foreign direct investment in Egypt rose 12% in the first nine months of the 2016-17 fiscal year to $6.6bn compared with $5.9bn in the same period a year earlier.