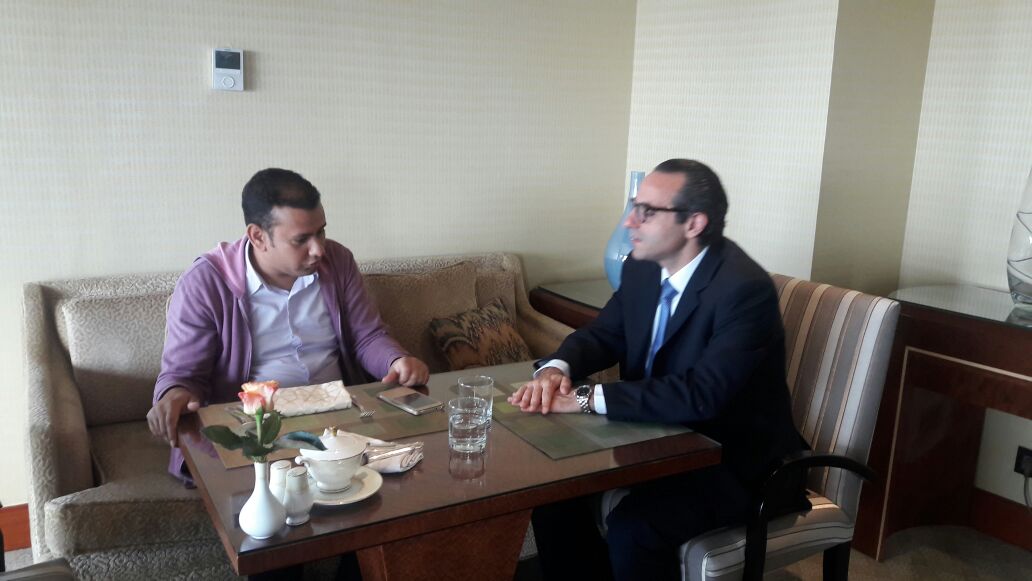 Jim Cowles, the CEO of Citibank in Europe, the Middle East, and Africa (EMEA), told Daily News Egypt that Citi has played a key role in attracting foreign portfolio investments into the Egyptian treasury bill market via its direct contacts and active marketing role with foreign investors. “Egypt has attracted an estimated $18bn of such inflows over the past year since the flotation of the EGP, and Citi has played a role in around 60-65% of these inflows”

He added in a response to a question from Daily News Egypt at the EMEA summit, held between 13 and 14 November in London, that Citi enjoys a close relationship with the government of Egypt and is one of the four lead managers of the sovereign Eurobond, through which Egypt has been able to raise $7bn for budget funding during 2017, including an unprecedented 30 year tranche”.

When we look now to the economy of Egypt, the reforms that the government has taken during the last year, “the bold decisions”, we find a good area for transactions, Cowles said.

“The government has really taken some unpopular decisions, such as the restructure of subsidies, the flotation of the Egyptian pound, but it was important to the recovery of the economy”, he said. He added that Citi group aims to develop its activities in Egypt, “because there is a real potential there.”

“I know Citi group has sold its consumer units in Egypt, but that’s because we want to focus in presenting a unique and different service there,” explained Cowles, going on to say, “but it was a right decision and when I look back I still believe that this was a right one. They are many clients for consumer business in Egypt. And we want to present something unique, that’s why Citi group had focused on transactions with governmental institutions since then”

Citi signed in 2015 an agreement with Commercial International Bank (CIB) to sell its consumer banking business in Egypt. Approximately 900 full-time consumer banking and contract employees, eight Citi branches, and Citi’s ATM network in Egypt has been transferred to CIB upon closing the deal.

Citi said then that it aims to focus on expanding the services it offers to Egyptian corporations, banks and public sector clients, as well as continuing to service its multinational clients with operations in Egypt, along global investors.

This decision was in line with Citi’s global strategy of focusing their resources on those sectors where it has a competitive advantage, including their institutional franchise in Egypt.

Egypt is a part of the Middle East and the African area which, as the CEO of EMEA said, which has a lot of potential in the future.

For the Middle East, the price of oil has dropped in this last year and these countries had to come up with different fiscal plans and social programs; “fertile soil” for financial advice and transactions.

“Saudi Arabia is a regional economic leader and a strategically important market for Citi. We are very proud of our long association with Saudi Arabia and are delighted at the opportunity to establish a presence in the Kingdom,” said Cowles, mentioning that the political turbulences in Saudi Arabia didn’t affect their business there.

Speaking about Africa, Cowles said some countries on the continent are supposed to realise growth between 5 and 7%, that means a growth of 9 to 12% of financial services, “a significant area force where Citigroup aims to multiply its activities during to the upcoming period.”