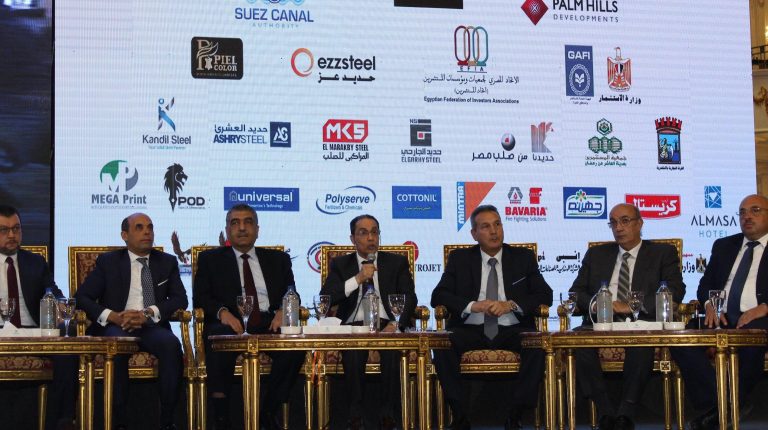 Minister of Public Sector Affairs Ashraf El Sharkawy said that the government pays great attention to small and medium-sized enterprises (SMEs) being the engine of development in any country in the world, noting that there are laws that are being amended to give advantage to these projects, including the bidding law.

El Sharkawy added, during his speech in the financing and SMEs session at the fourth Akhbar Al Youm economic conference, that NILEX is one of the most effective factors in the financing of SMEs, because the companies listed in it gain the advantage of having approved financial lists that banks can trust on granting financing.

According to El Sharkawy, financial leasing is one of the sources of financing SMEs. He pointed out that insurance companies affiliated with the state also work on supporting these projects through the issuance of insurance documents of their own, most importantly, documents against business disruption known as “loss of revenue insurance”.

Tarek Fayed, the chairperson of Banque du Caire and the former Deputy Governor of the Central Bank of Egypt (CBE), said that the banking sector has offered financing to SMEs during the past year and a half worth nearly EGP 49bn within an initiative launched by the CBE to support and finance these projects.

He added that the procedures taken by the CBE in November 2016 had a great impact on advancing SMEs, noting that the Egyptian banking sector is characterised by great liquidity that allows it to fund many sectors across the country, such as infrastructure and SMEs.

According to Fayed, the CBE has established a specialised management to solve the issues facing the banking sector in terms of financing, in coordination with government agencies. He pointed out that there will be specialised development centres in governorates to finance these projects.

He added that the CBE aims to expand the scale of dealing with the banking sector, noting that it is currently preparing funding bundles and packages for SMEs, especially entrepreneurial projects.

According to Mohamed El Etreby, the chairperson of Banque Misr, encouraging SMEs facilitates merging the informal sector into the Egyptian formal economy.

He added that the CBE has obliged banks to allocate 20% of their portfolios to SMEs during the next four years, noting that each bank has sent its plan to the CBE which carries out a review every three months.

El Etreby revealed that his bank’s portfolio for SMEs has jumped from EGP 2.8bn before launching the CBE initiative in 2016, to nearly EGP 7bn by the end of October 2017. The amount was offered to nearly 72,000 clients.

He added that the bank also offered funding worth EGP 1.9bn to fund 42,000 clients in 27 governorates through the initiative of “Mashrouak” (Your Project), launched by the Ministry of Local Development.

El Etreby noted that there is cooperation with the International Finance Corporation (IFC) in order to obtain funding to be allocated for women, noting that women-related products are expected to be launched over the upcoming period.

El Etreby stressed the importance of supporting owners of SMEs, revealing the bank’s plan to establish an academy soon to train young people.

For his part, Hany Emad ElDin Mohamed, deputy general manager and head of the credit sector at the Small, Medium and Micro Enterprises Development Agency, said that his agency is currently preparing a special strategy to develop the SME sector.

He explained that the strategy is based on five main axes, with legislation being the most important, in addition to a group of incentives to encourage the informal economy to join the system, besides an entrepreneurship axis, and another to offer financial and non-financial services.

For his part, Alaa El Sokati, head of the Small and Medium Enterprises Union said that the success of SMEs requires the state to understand what it wants from them, noting that it is necessary to replace imported products with locally manufactured ones.

El Sokati added that the important mission of supporting SMEs is training those who plan to start a project or obtain funding.

He explained that the union has conducted a survey of 1,000 products imported by Egypt and started cooperating with China to import the machines that manufacture these products. Soon, the first complex for small projects to produce these products will be announced. It will include 200 factories with about 50 service units.

According to El Sokati, Egypt imports the worst products the world produces, even though it has the ability to manufacture products of a much higher quality. “We lack knowledge and organisation to support small projects,” El Sokati added.

For his part, Mohamed Ashmawy, the executive president of the Tahya Misr Fund, said that CBE was a pioneer in creating opportunities for SMEs.

He added that the fund cooperates with all parties of the state to create a market for SMEs, noting that there is cooperation with Banque Misr, the National Bank of Egypt (NBE), Tahya Misr Investment Holding Company, Egypt Capital Risk Company, and others.

Ashmawy explained that the fund has entered into a partnership with the private and public sectors to establish a pharmaceuticals company to produce 144 drugs that could replace imported ones, in addition to another company to package and export dates.

How to obtain a personal loan from Banque du Caire?