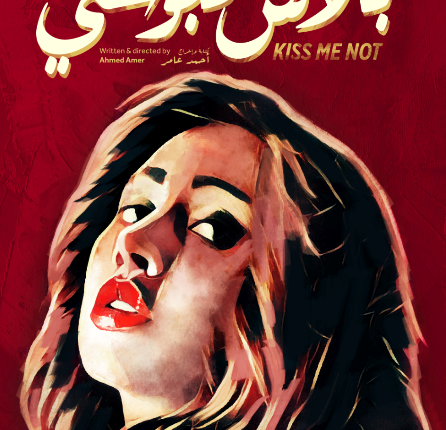 The film, written and directed by Ahmed Aamer, tells the story of a young director who is having a hard time dealing with the actress and producer of his latest film, as their stubbornness causes them to refuse accepting other points of view.

The film will participate during the Arabian Nights program and will hit Egyptian cinemas in 2018.

“Kiss Me Not” is produced by Middle West Films, WIKA For Films and Productions, and MAD Solutions, and will be distributed by MAD Distribution.

Rae’es previously won the best actress award for her role in “Fatat El Masnaa” (The Factory Girl), the last film directed by Mohammed Khan before his passing.

Her latest film “El-Bahth Aan Um Kolthoum” (Looking for Um Kolthoum), which Aamer participated in as a script consultant,  was screened in several international film festivals. Directed by Iranian Shirin Neshat, the film marked its first world premiere at the 74th Venice Film Festival. It later showed at other festivals, including the London and Toronto Film Festivals.