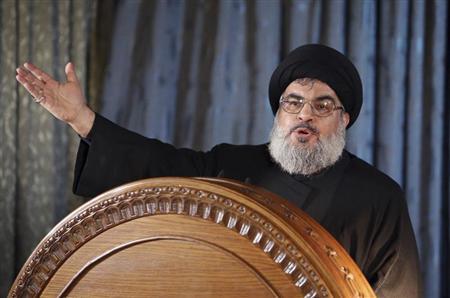 Middle East affairs continue to be the focus of attention with writers shifting focus towards Hezbollah and Iran after commentaries in the past week on the resignation of Lebanese PM Saad Al-Hariri and his continued presence in Saudi Arabia.

Makram Mohamed Ahmed’s column in state-run daily Al-Ahram on Monday called for an end to Hezbollah’s power, arguing that it has become seriously threatening by unlawfully expanding across the region to execute Iran’s agenda. Ahmed cited Israeli opinions that the resignation of Al-Hariri proved Iranian threats.

In the private Al-Watan newspaper, security analyst Khaled Okasha wrote about the importance of the memoirs of Iranian leading general Hussein Hamdani – documented in a book – in showing how Iran interfered in Syria upon a request for assistance by President Bashar Al-Assad, while Syrian security officials disapproved.

In the same newspaper, former Islamist Nageh Ibrahim wrote an op-ed titled “The Gulf earthquake and its effects,” in which he listed several of those, such as: the beginning of the collapse of Wahhabism, economic instability, the possible reshaping of power transfer in Saudi Arabia, and more tensions between Saudi Arabia and its allies on one hand, and Iran and its allies on the other.

Moreover, Ibrahim suggested that Israel might start a war on Hezbollah in Lebanon and that although the defeat of the Islamic State group in Syria and Iraq will be announced, IS fighters will move towards areas that are out of government control such as Libya, Somalia and so on.

On the Renaissance Dam, over which Egyptian concerns were renewed after the failure of the tripartite meeting with Ethiopia and Sudan to reach an agreement, journalist Abbas Al-Tarabily wrote a column in the privately-owned Al-Masry Al-Youm newspaper criticising Sudan’s stance.

“Sudan has the right to protect its interests but not by weakening Egypt’s position and encroaching on our rights,” he wrote, commenting that Sudan could at least have been objective during the talks in respect to its historical neighbour, instead of siding with the Ethiopians.

On a different note, state-owned daily Al-Akhbar’s writers mostly commented on their institution’s fourth economic conference inaugurated by PM Sherif Ismail this week, under the theme of investment and exports.

Editor-in-Chief Khaled Miry said in a front page column that Ismail addressed 2,000 businessmen. He further said the government is fixing the roots of the economic crisis, the unemployment rate is lower than 12% thanks to national mega projects, and that foreign reserves are over $36bn.

Al-Akhbar journalist Mohamed Barakat wrote that discussions focused on urban development, transportation, SMEs, livestock, and agriculture. Senior journalist Mohamed Hassan Al-Banna explained in his column that the conference, held under the auspices of the president and attended by ministers, hoped to boost advertisers in the institution itself. However, Al-Banna expressed disappointment about the results.

Meanwhile, Marwa Mohamed Ibrahim, who often tackled American affairs in Al-Ahram, wrote an op-ed Tuesday titled “American terrorism… internal, external or mental illness?”. She highlighted US politicians’ double standards and racist selectivity against Muslims and Arabs when speaking of terrorism. She compared the internal official reactions to the attacks of Charlottesville, Texas, and Manhattan.

Lastly, the recurrent topic of closed churches in Egypt was the subject of politician Emad Gad’s piece in Al-Watan. He observed that a systematic closure of churches by security authorities has not changed despite a law organising church construction which was passed last year. He argued that Christians are equal citizens who would not give up their rights.