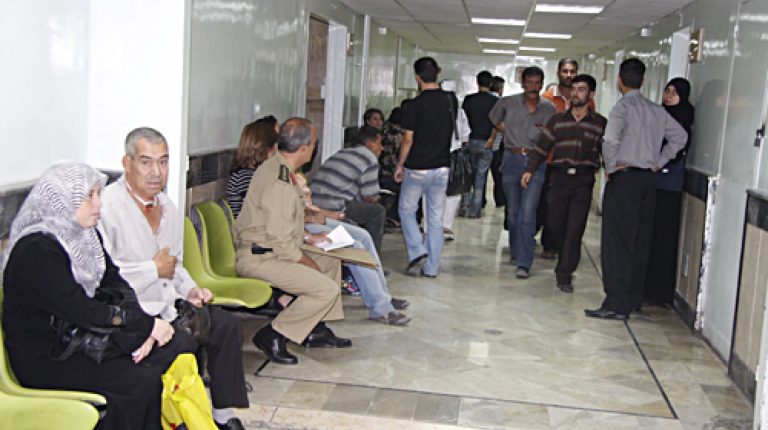 The Health Committee of the House of Representatives will begin discussing the comprehensive health insurance bill approved by the cabinet during the current legislative session, beginning next week.

On Sunday, the committee held a meeting with the Minister of Health Ahmed Emad ElDin and Deputy Finance Minister, Mohamed Moait to hear the government’s view of the bill.

“The deputy minister of finance for public treasury affairs told us that the cost of implementing the law in all governorates of the republic, in 15 years, is EGP 600bn, of which the state will bear EGP 200bn,” said Haitham El-Hariri, a member of the health committee.

The government hopes that the House of Representatives will approve the draft law during the current legislative session, to be applied in the next fiscal year 2018/2019 in five governorates.

According to El-Hariri, the law will be applied in Port Said, Suez, Ismailia and northern and southern Sinai in the first stage.

He explained that the cost of insurance coverage after the implementation of the law in all governorates will rise from EGP 1,300 in the first year, to EGP 4,600 per year per capita by the end of its enforcement.

According to Shereen Farag a member of the health committee of the House of Representatives, said that the bill exempted some categories from submission to its provisions, namely those working in the armed forces, police and oil company employees.

She added that there are still some problems that will face the application of the law on the ground, related to the quality of health services provided to citizens, and the inefficiency of health care in most provinces.

Moreover,  head of heath committee at the House of Representatives, Magdy Morshed said that the law includes three bodies, the first of which concerns funding, and will be under the cabinet. The second concerns providing health care and will be associated with the Ministry of Health. The third body will supervise competence and will report the presidency.

The government set the price of insurance per person in the draft comprehensive health insurance law at 1% of income for workers insured in Law No. 79 of 1975. The rate will be 5% of income for employers and freelancers who are not subject to Law No. 108 of 1976.

Morshed said he had made a proposal that the state should pay the contributions of the first and second children, so that citizens will only bear the cost of the children’s health care after the second.

The government plans to supply 10% of tobacco tax to the new health insurance, and 10% of the health treatment will be paid for by the recipient of the new system.

The government has identified resources to finance the new comprehensive health insurance system, including private contributions, payments received through services, and funding from the State Treasury for the needy.

The new system of health insurance stipulates the collection of a 10% tax on tobacco products other than cigarettes, currently being debated by the House of Representatives, to ensure the financial sustainability of resources, said Moait.

He pointed out that the draft law stipulates that the state must have sufficient funding to raise the efficiency of government hospitals, to enable the activation of the new system, and to merge any institution that is currently not qualified into the new system.

Morshed said that the rate for children would be 0.5% in one draft, but was then raised to 0.75%. However, the final draft considered by the committee determined the percentage of the first child and the second at 1% and the children thereafter at 1.5%.

As part of health care improvement efforts, the Ministry of Health intends to establish and develop 73 primary care units in the five governorates due to receive the comprehensive health insurance law in its first phase