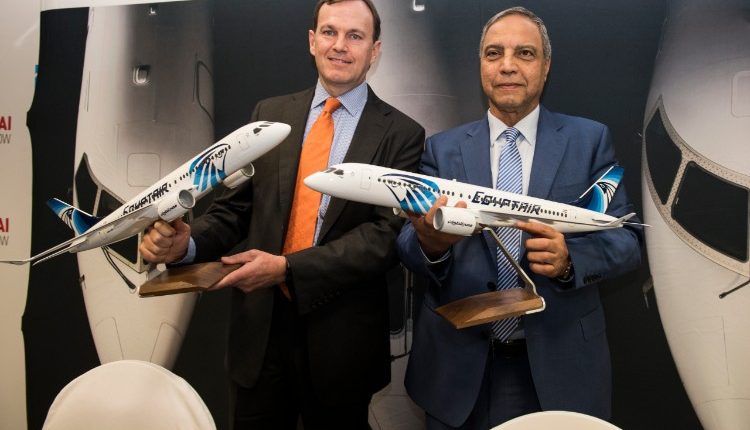 EgyptAir Holding Company closed a deal on Wednesday, worth $6bn, that will add 45 aircraft to its fleet, according to a statement from the company.

The agreement was signed at the ongoing Dubai Airshow with American airline manufacturer Boeing and Dublin-based AerCap. The aircraft are expected to be received within the next two years.

“According to its plan to update its fleet, EgyptAir signed a significant deal of 45 new aircraft of the latest types. The deal is valued at $6 billion at current listed prices,” said Safwat Musallam, the chairman and CEO of EgyptAir Holding Company.

Earlier this week, EgyptAir ordered 12 C-class aircraft from Bombardier Inc. and secured the rights for 12 more. At last year’s Dubai Airshow, the airline struck a deal with Boeing to purchase nine B737-800 NG aircraft. The final plane from that agreement is to be received in December of this year.