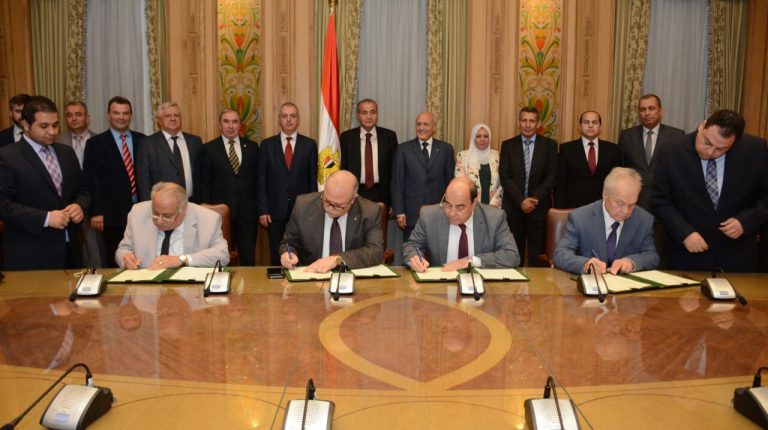 The National Military Production Authority and the Russian alliance signed an agreement to establish a Russia-Egyptian company named RusAgroEgypt to manufacture machines and equipment for mills, silos, and feed plant complexes.

The signing of the agreement was witnessed by Minister of Military Production Mohamed Al-Assar, Minister of Supply and Internal Trade Aly El-Meselhi, and Alaa Fahmy, chairperson of the Food Industries Holding Company (FIHC).

According to Al-Assar, military production companies will, in cooperation with the Russian companies through the joint venture, modernise silos, feed plants, mills, and existing grain processing plants, as well as build new ones with locally produced equipment and machinery, benefiting from modern Russian technologies for the Ministry of Supply.

According to El-Maselhi, the establishment of the Egyptian-Russian company will save a lot of the financial burdens incurred by the state to import new machines and equipment. The company will also contribute to the establishment and development of mills, silos, and feed factories from local components to meet the needs of the local market in light of the country’s sustainable development plan.

The recent period has witnessed Egyptian-Russian cooperation in various fields, including civilian and military industries.

During this meeting, a partnership was signed with the Ministry of Military Production to work on a project for the manufacture and supply of train locomotives produced by a Russian company for the Egyptian National Railways, as well as the establishment of the Russian industrial zone in East Port Said.