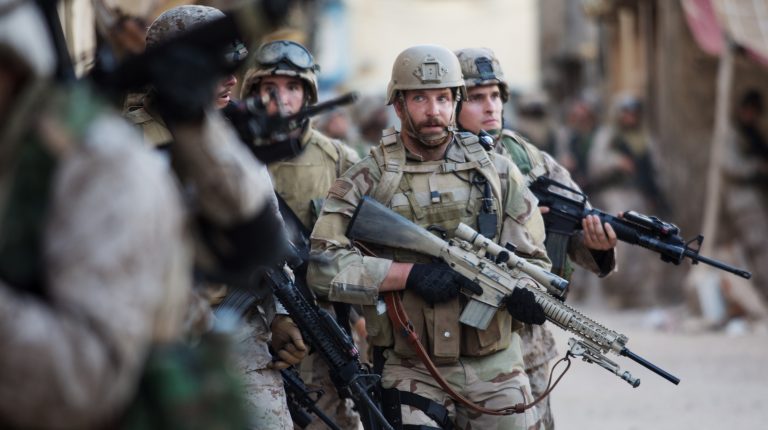 In 1979, Apocalypse Now, an American Vietnam war film directed by Francis Coppola, came out to receive very controversial reviews. One scene in the film includes a number of helicopter fighters moving in formation to assault a village housing Viet Cong members and playing Wagner’s Ride of the Valkyries opera to scare off the “enemy”. The scene included well-built US Marines in sunglasses and big machine guns, shooting at enemy targets from the helicopters, assaulting some civilians as they do so, in a scene that was reminiscent of Wild West cowboy films of the 1950s.

Vietnam was yet another territory that the US, motivated by some arrogant policymaking, physically invaded to spread democracy and to have its own “Nation Building” model. Vietnam was presented, especially in popular culture, as a conflict that stands apart from any historical context; a conflict between good and bad where the US sided with the good force, reproducing the prevailing Second World War rhetoric of democracy battling against tyranny.

The same rhetoric was replicated in other conflicts that the US was involved in, including the Panama invasion, the Korean War, the First and Second Iraq war, and the Somali civil war. In each war, the conflict was depicted as if the white US marines are coming to liberate the backward peoples, ignoring any political background, economic struggles, or even class or clan conflicts. The same scenario was repeated in the American war movie Black Hawk Down, which was directed by Ridley Scott, based on a book by American journalist Mark Bowden.

The film received positive reviews for its combat scenes and cinematography. It was received as a patriotic narrative of US soldiers in the brutal Somali civil war, where the US stepped in as rebel groups clashed, creating zones of influence. The storyline is based in the Northern side of Mogadishu, where the area is controlled by militias of General Mohamed Farrah Aidid. The plot begins with the militias of Aidid, a Somali faction leader who attacked US forces, preventing international aids, mainly food and medical supplies, from reaching the region, hence easily creating “the bad guys,” in the Somali Civil War.

In its single mindedness, the film focuses on the troops of the US Rangers and the Delta Forces, the elite forces who came to assist the not-so-surprisingly US-lead UN mission to restore order in Somalia and to arrest Aidid who was declared a war criminal with a “bounty” set on his head.

The plot focuses on what will later be called the “battle of Mogadishu”, where a group of US troops leads an operation to capture some of Aidid’s assistants. During the operation, two gunned down helicopters come crashing in the middle of the city, hence the name of the film “Black Hawk Down”.

The screenplay includes many characters with diverse backgrounds and goals: an 18 year old newcomer who is ready to “kick some butt”, a newly promoted leader, a professional Delta fighter who loves his job as a soldier, and finally a team leader who believes in the mission. The said team leader believes that they, the marines, are here to make a difference, supporting his argument by saying that Somalis, mostly referred to as the skinnies, have no food, no education, and no future. Hence comes the role of the marines to come and recreate the proclaimed role of the US army in the Second World War.

This narrative is problematic as it perceives the US as the liberator who is responsible for educating the whole world, creating the polarised “us” versus “them”. This “them” can only prosper or be educated when they are subjugated or forced to comply with the rules of the UN and the EU, the neo-liberal policies, and the international financial systems. Only then can this country become a “nation state” and an “ally to the US”.

The film misses out on historical accounts that, if mentioned, can refute the arguments of the film. These accounts mention that the US supported the authoritarian rule of leader Mohamed Siad Barre with economic and military aid to guarantee influence on a country with a location of such strategic importance at the mouth of the red sea.

Another level of analysis looks into setting the “other” in the film. The use of the word skinnies to refer to millions of people is not only racist but additionally reproduces another different and remote “Orient”. This “other” will exist in every single war: Ali Baba in the Iraq war with films like American Sniper, Kraut in WW2 with films like Saving Private Ryan, the Viet Cong in the Vietnam War in films like Full Metal Jacket.

Besides the usages of the word skinnies, the militias are portrayed in the usual anti-American way. Soldiers from the militias are depicted as really angry, dangerous-looking fighters who are carrying machine guns even when they are sleeping, praying, listening to hip-hop music, or shouting and cursing.

The issue with the film is not that the whites are killing the blacks, certainly not. The crucial issue is about how the whites draw portraits of the blacks; portraits that are one-sided and lacking any logical understanding of why the blacks are acting this way.

A scene in the film shows a US pilot whose helicopter is dropped down in the middle of the hostile sector of Mogadishu. The rescue team fails to reach the crash site of the helicopter leaving the pilot on his own in the middle of the city. While sitting on the floor, the pilot takes a final look at a picture of his blond wife and daughter, before he is swamped by angry locals, or as the film calls them “mob”. This angry “mob” includes militia members, women, and children. All are angry, running violently at the pilot. A radical transition took place, the protagonist now is not just fighting the militias but also fighting the angry unarmed locals.

The Scene included Somali women in traditional clothes running wildly and trying the assault the injured pilot. An intended message can be concluded that these people, the locals, are not aware the Marines are coming to rescue them from the evil militias of Aidid. The film and its director doesn’t attempt to understand or to even think of why these locals might feel angry about a huge military campaign coming to arrest some citizens form the city and running away, as if it was a cowboy movie.

The film, similarly to US policy makers, fails to show that by killing a militant, thousands of militants are born, such as seen in Black Hawk Down where a son picks up the weapon of his killed father. This turns the unarmed local into a sympathiser who grows hatred for the occupier of his/her their land. The same took place in Vietnam, Iraq, and Japan. The so called collateral damage policies turns local non-politicised citizens into radical ones.

The film doesn’t inspect why a woman who lost her children and husband would throw a stone on a US armoured vehicle, or why a young teenager would carry an AK-47 rifle to revenge his family that he watched being murdered in front of his own eyes. Disregarding all of these points, the film made the white, blue-eyed pilot the focal point of the scene, as he stood surrounded by “ignorant savages”, willing to kill him.

With the African context in mind, the narrative in the film also highlights the demonisation of militants as the first step justifying military occupation and violations, be they Al-Qaeda in Iraq, ISIS in Syria, Boko Haram in Nigeria, the Houthis in Yemen, or others.

The media is once again depending on videos of a couple of militants carrying copies of the Quran and Machine guns and screaming Allahu Akbar. What comes after demonising is victimising, stripping the local populations of any power and presenting them as helpless victims.

One example that remains relevant, though rather outdated, is how Western media steered coverage of Malala Yousafzai which says a lot about how the West justifies its physical intervention in third world countries. Assisted by an army of media outlets that used the angle to create an image of female empowerment versus the evil roots of Islamism in Pakistan, Western countries adopted Malala as a puppet to use for their strategic goals.

Malala gave a speech at the UN, wrote a book, was featured in Fox News and CNN, and even met the former President Barack Obama. She was presented as a modern woman who is fighting terrorism by education. Doing so, the western media and its puppet Malala, fails to acknowledge the thousands of girls who were prevented from education, family, housing, food, and even a life during the US campaigns all along history. From Dresden, to Hiroshima, to Vietnam, to Iraq, to Somalia, to Libya, to Afghanistan, girls were killed by the US war machine. Malala, the role model, agreed to accept the rule of the imperialist UN, and the greedy capitalist neo-liberal policies while female militants in the Vietnam, for example did not, while female militants in the German Red Army Faction did not, while Palestinian fighters did not. That is why Malala was portrayed as a hero, while those female Vietnamese militants were not.

Topics: Black Hawk Down the African question US war films

Malala returns to Pakistan for first time after 2012 attack