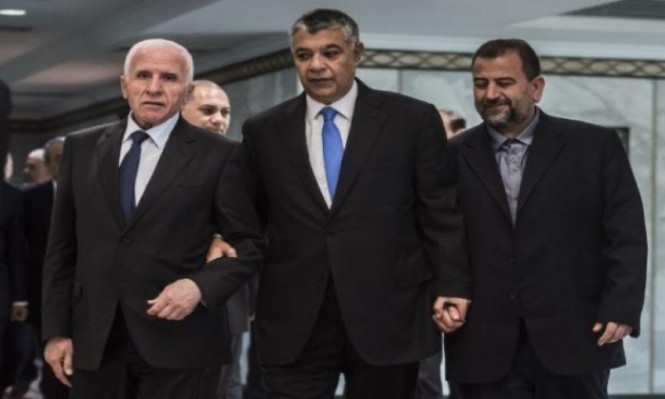 A three-day round of national reconciliation dialogue between Palestinian factions began on Tuesday in Cairo, as a resumption of a reconciliation agreement signed between Fatah and Hamas on 12 October at the Egyptian General Intelligence Service headquarters.

According to the Palestinian Liberation Organisation (PLO), of which Fatah is the dominating faction, and Hamas, talks aim at implementing the Fatah-Hamas 2011 Cairo Agreement, including issues such as elections, security, the PLO, governance, and social reconciliation.

Statements made by officials on both Palestinian sides have come in favour of the necessity to succeed in the current reconciliation attempt but according to Talal Abou Zarifa, member of the Democratic Front of the Liberation of Palestine bureau, reaching limited results would not amount a major breakthrough, Palestinian media reported Monday.

On Sunday, Khalil Al-Hayyah, member of Hamas’ political bureau said, “we need a national unity government and this must be announced at the Cairo meetings,” calling for a time frame for elections.

While PLO’s office faces threats of being closed in Washington DC, Fatah’s Azzam Al-Ahmed opened on Monday a Palestinian radio and TV body in Cairo, on behalf of Palestinian President Mahmoud Abbas, in the presence of a number of Egyptian and Palestinian officials and public figures, the PLO reported.