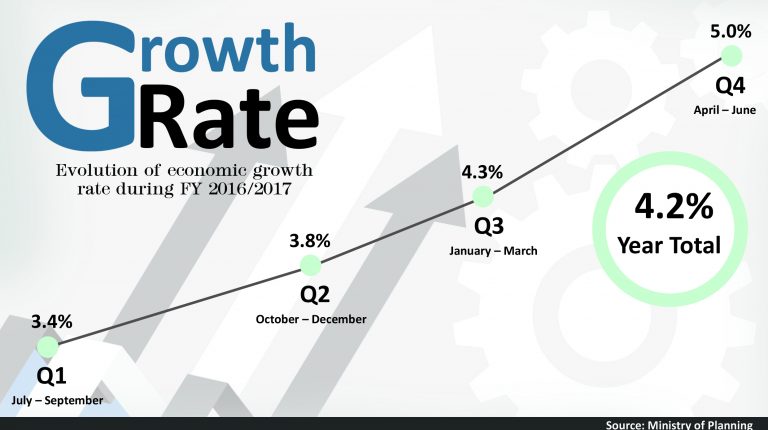 Al-Saeed explained that GDP is on a growth path due to the fact that an approximately 3% increase in investment inflows was achieved during the same period. She added that some sectors have achieved 70% growth, such as the wholesale, agriculture, real estate, construction, and manufacturing industries.

Earlier in August, Finance Minister Amr El-Garhy said in an interview on an Egyptian television station that he expected GDP to grow by 4.6-4.8% in FY 2017/18.