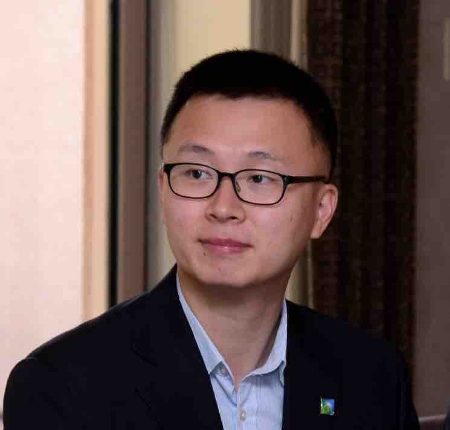 Xiaomi products include many devices, such as smart phones, monitors, televisions, and internet-related products.

“Xiaomi is not just a hardware manufacturer, but in fact, it’s an internet company, which makes it different from other manufacturers in the market, so its growth in the markets started slowly then boomed,” said Zeng.

Zeng went on to say that there are some competitors who provide great technological potential in their phones, but that makes prices high, which makes some users unable to afford it,  for example, solid proof for that is a company that launched high-tech phones and achieved strong rates of growth, but soon faced a slowdown in sales and a limited market share.

According to Zeng, Xiaomi is working to update its equipment with the latest technology needed by consumers, at competitive prices, and this is a competitive advantage compared to other manufacturers.

In response to a question about Xiaomi’s limited market share in Egypt, he said that during the current period, they are working to introduce consumers to other products, by spreading awareness about the company’s brand and products, the company will be able to achieve the desired growth.

Zeng revealed the company is studying utilising e-commerce for its products in Egypt through their own platform, which already exists abroad.

“The strategy of paying money to buy the market does not work,” he said. However, according to Zeng, the best way to reserve a market share in Egypt is providing sophisticated products at reasonable prices.

On the other hand, Zeng told Daily News Egypt that the company has plans to cooperate with mobile operators in the coming period, but it is still in the process of exploring the Egyptian market through its partners and then will begin steps to expand in the Egyptian market.

“We look to the Egyptian market as our starting point to infiltrate the African market. Egypt, for us, the most important market in the Middle East and Africa,” said Zeng

The company has more than 100 smart design awards, more than 60 million devices connected to Xiaomi products around the world, and more than 200 million users of the company’s products.

Currently, there are 220 sales outlets selling Xiaomi products around the world, which the company aims to increase to 1,000 within 3 years.