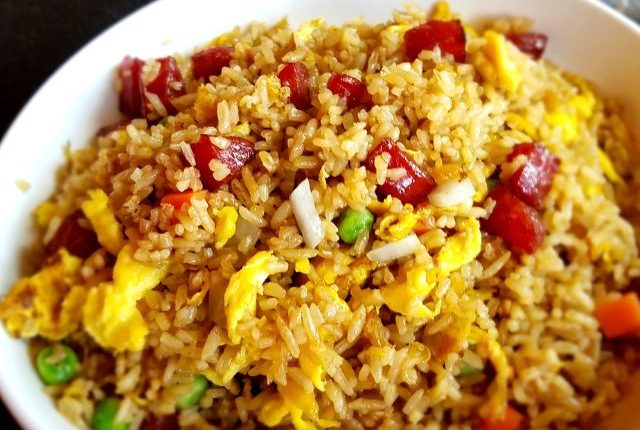 Asian cuisine has built a wide base of food fanatics in Egypt. Different restaurants each present a part of Asian food culture for people who have shown huge interest in exploring their food legacy.

Daily News Egypt’s team roamed Maadi looking for the best Asian food place, where the authenticity of Asian spices and the strong taste of herbs capture hearts and minds.

With only four tables in the place, Joy Luck offers customers a cosy place where barely 15 people can fit. Yet, this narrow window opens a wide door for the tasty Chinese food to take over one’s soul. Joy Luck is preferable to visit midweek. With few tables, the place is usually overcrowded on weekends and waiting lists can take up to an hour.

The place is quite fast at serving food. It only takes around five minutes from ordering time until the plates are served on your table.

For comparison’s sake, we ordered the same dishes from both restaurants, in order to explore the individual differences in the same plates.

Asian food means sweet and sour chicken for most Egyptians. Therefore, ordering the dish was a must, as for vegetable noodles and fried rice. For appetisers, spring rolls was the one commonly wanted plate, despite individual differences in taste.

As for the sweet and sour dish at Joy Luck, it had a unique taste, which we all agreed is one of the best we have ever tasted.

With large pieces of fried chicken covered with the caramelised-coloured sauce, the plate is large in size, even needing to be shared between people.

The sweetness of honey took over the taste of the plate, yet with the large size of the chicken pieces, the taste was well balanced. It would be favourable for those who love sweet flavours.

Despite smaller chicken pieces, the crunch of Siyuan Dumpling’s chicken is much much more pronounced in the taste of the food. The chicken pieces have a unique crisp that doesn’t absorb sauce as much and gets softer after a while. Joy Luck’s chicken missed the crispness element that could have further enhanced its taste.

As for the vegetable noodles, a large portion of soy sauce-covered noodles, served with a wide variety of vegetables is served at Joy Luck.  The freshness of the vegetables is quite obvious in taste and the mixture of different colours attracts the eye, introducing a combination that looks as good as it tastes.

Unlike it, the vegetable noodles served at Siyuan Dumpling, despite the menu saying they are served with vegetables, scallions were vegetable served on the plate. That caused a missing element in the plate, as well as lots of missing colours.

With much smaller portions served in the second place, it missed the freshness element, as the onion was overcooked, which left its green colour darker and its taste more sour, something that was not preferable for any of us.

However, fried rice at Siyuan Dumpling was much better, in both taste and looks. With the mixture of rice’s whiteness, egg’s yellowness and the colours of copped carrots and zucchini, the spectacular mixture of various colours was definitely a special element in this plate.

The taste of scrambled eggs was quite sharp and intense, unlike Joy Luck’s. However, in combination with the vegetables, the taste was balanced.

As for Joy Luck’s fried rice, the eggs were not as sharp and intense which led the vegetables’ taste to overpower the eggs.

As for the spicy tripe plate we ordered at Siyuan Dumpling, it was a combination of beef cooked with green peppers and potatoes. Despite tasting quite juicy and flavourful, the plate tasted similar to a traditional Egyptian beef dish.  Despite ordering it spicy, no signs of any added spices met our taste buds.

Meanwhile, beef scallions were found much closer to autentic Asian cuisine, with a fiery spice that was perfect for spicy food enthusiasts.

With only a street between the two restaurants, both of them present unique, tasty food from Chinese cuisine; each with its own twist.