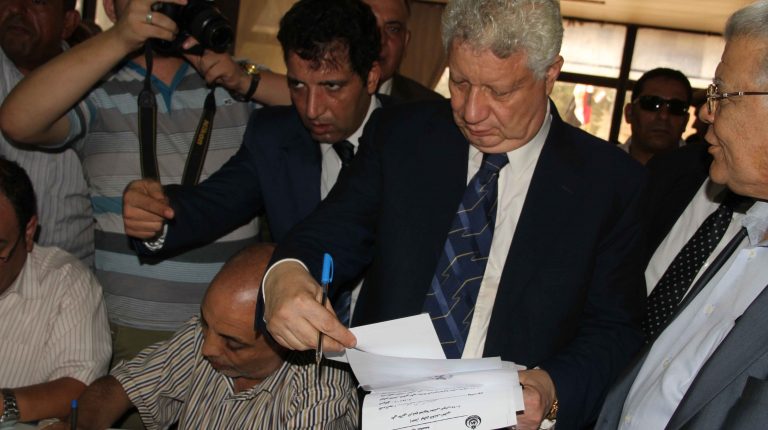 The Zamalek Club’s board of directors election resulted in the victory of Mortada Mansour’s electoral list, with the exception of two seats won by Hani Al-Attal and Abdullah George, affiliated with Ahmed Soliman’s list.

Mansour garnered 26,544 votes, beating his rival Ahmed Soliman, who earned 16,094 votes. Based on these votes, Mansour will retain his chairmanship of Zamalek Club for the next four years.

The seats of vice presidents were won by Ahmed Galal Ibrahim, with 27,906 votes, and Hani Al-Attal, with 22,167 votes, while Hazim Yassin won the seat of treasury secretary, with 22,476 votes.

On the other hand, the election committee of Heliopolis Sporting Club announced the victory of Amr El-Sonbati as president of the club with 10,999 votes. Mohamed Sedki was elected as vice president with 11,534 votes, while Hisham Tawfik won the treasury secretary position after receiving 10,141 votes.