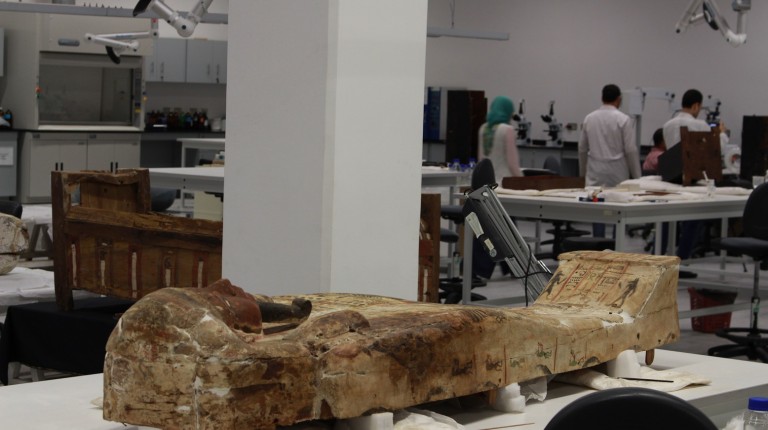 A senior official in the Ministry of Antiquities said that it will complete studying the tender system for the Grand Egyptian Museum’s management by the end of December.

The official added that the government seeks to assign the management of the museum to a global company with rich experience in this field, with the aim of making the building one of the most important attractions in the Middle East.

The cost of establishing the museum is estimated at $1bn, of which $860m is provided by the Japan International Cooperation Agency (JICA). Established on 117 acres, the Grand Egyptian Museum is set to be the world’s largest museum, with the main exhibition built on a third of its total area. The museum includes entertainment facilities and commercial buildings next to the museum garden, all of which make the museum a new monument by itself—ready to welcome 8 million visitors per year. The Ministry of Antiquities intends to transfer 2,000 antiquities to the Grand Egyptian Museum this year in preparation for its partial opening. More than 41,000 artefacts have already been transferred.

The official revealed that Japanese companies are likely to win the management of the museum.

The official, who spoke on condition of anonymity, attributed his prediction to the Japanese government’s contribution to the financing of the museum.

He added that the Japanese companies have a lot of experience in transferring technology and training other companies, which will prompt the Egyptian government to contract with Japanese firms in the coming period.

Minister of Antiquities Khaled Al-Anani, said that Japanese involvement will not end after the opening of the museum, as the ministry aims to benefit from Japanese experience in museum management.

The project’s supervisor, Tareq Tawfik, said the ministry is currently studying the bidding mechanism and the potential financial returns of assigning the project’s management to a foreign company. He added that the museum will also include cultural, touristic, commercial, and service facilities, that will contribute to promoting tourism in the region.