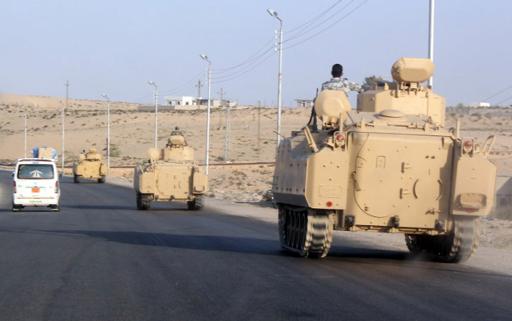 Windfuhr said that the event was not criticised as strongly as it should have been. He condemned the BBC, saying, “the BBC never used the word terrorist, they spoke only of extremists, and don’t tell me this is a coincidence.”

He also commented on an article written by Simon Tisdall, published in the Guardian. “It shows one of two possibilities: either bias or ignorance, in which case is even worse,” he said.

Egypt’s Ministry of Foreign Affairs Spokesperson Ahmed Abu Zeid earlier criticised the same article in a tweet, expressing his outrage for how the article justifies the terrorist act. The article condemned the airstrikes launched by the Egyptian Air Force to destroy a number of outposts used by terrorist elements.

This was not the first time Egypt objected to western media coverage of terrorist attacks and militant clashes with security forces. During Al-Wahat shootout, both the BBC and Reuters published that 52 policemen were killed, including 23 officers according to Reuters, and 18 according to the BBC.

A statement from Egypt’s State Information Service condemned the coverage, stating that the information is based on unidentified security sources. The Ministry of Interior Affairs announced that only 16 policemen were killed in the attack, including 11 officers, while a search was ongoing for one officer who was ultimately rescued.