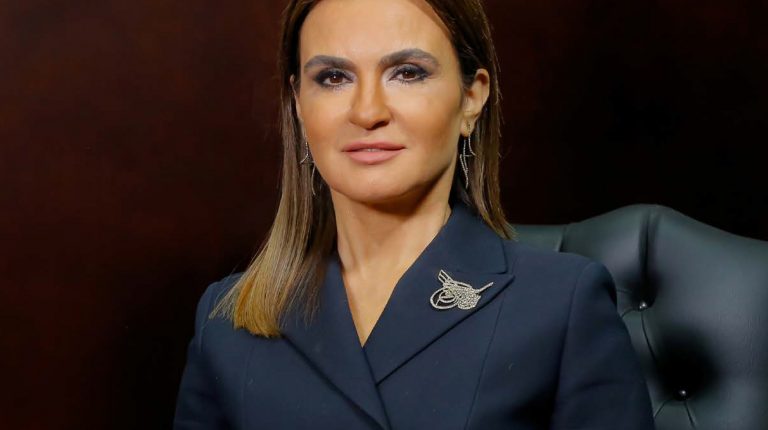 Sahar Nasr, Egypt’s Minister of Investment and International Cooperation, is a woman on a mission. Tasked with improving the investor confidence in an economy that is gradually but surely recovering, she is rebuilding Egypt’s framework to make it a top destination for investors in the Middle East and Africa.

Sahar Nasr, Egypt’s minister of investment and international cooperation, is going to great lengths to facilitate local and foreign investments into Egypt’s economy.

The mission at hand is not an easy task by any chance. While the Arab Spring protests erupted across Egypt’s streets in 2011, it battered the local economy and rocked the financial markets. But under Egypt’s President Abdel Fattah Al-Sisi, a concrete reform plan is taking shape where one of the main objectives is to revive the foreign direct investment(FDI) flow into the country. And it is a reform plan that has been backed and praised by many international financial institutions.

With nearly two decades of experience as the Lead Economist at the World Bank’s Finance and Private Sector Development Department of the Middle East and North Africa (MENA) and renowned academic, there could have been no better person than Nasr to take on this task.

The minister has been relentless in elevating Egypt’s status among investors while further fuelling the investor confidence in the Arab world’s most populous country ever since she took over as minister of international cooperation in 2015-a post that was later amended to minister of international cooperation and investment after a merger of ministries in 2017.

“The process of improving the investment atmosphere in Egypt is based on several axes; the first is reforming the legal frame that regulates the work frame between investors and the government,” explains Nasr.

“We only had the commercial companies law and other capital laws, which go back all the way to the 1990s—a totally different age than where we are now from a financially local or global perspective. We also did not have an investments law.”

Nasr and her team prioritsed the formulation of a new legal framework that would uphold the investor confidence in the Egyptian economy, following a number of international arbitrary conflicts between investors and the Egyptian government.

“Our discussions with investors are aimed at reaching final and fundamental solutions to investment disputes because we are well aware that problems that remain unsolved for more than a year give a negative message about the investment climate in Egypt,” she says.

“The Ministry of Investment and International Cooperation is keen to solve the problems of investors and to ensure the preservation of the rights of the state and citizens to land and natural resources.”

The ministry is also reviewing new investment agreements to provide all the support for serious investors, who aim at facilitating productivity and job growth.

Egypt’s current government highly values the role that foreign investments play as they help in the transfer of modern technology, excellent management methods to the local market along with the international expertise to the Egyptian investor, says Nasr. But they had to fight a negative public perception too.

“We had to assure the public opinion that foreign investors are not only injecting money in Egyptian projects for personal benefits, but they also benefit the economy by creating new jobs and resuscitating the market.”

Nasr and her team were not the ones to shy away from tough decisions though. As regulations were being polished, Nasr’s ministry launched an awareness campaign that used quite straightforward slogans such as ‘No to Bureaucracy’ and ‘No to corruption’, acknowledging the previous shortfalls while paving the way for new reforms.

Nasr’s efforts were not in vain as investors and financiers began to return in earnest to Egypt. Investors from the GCC, the U.S. and Europe started flocking back, and over $300m was injected into the Egyptian economy after some of the standing legal disputes between investors and the government were solved. This has left the analysts quite bullish about Egypt’s future.

“If we look at the investments injected during the first seven months of the past fiscal year, we will find that the FDI target set by the minister is quite achievable,” says Mohamed Abu Basha, an economist at investment bank EFG-Hermes. “The legislative amendments, specially the industrial license law and the new incentives offered to investors, are very supportive and encouraging.”

Abu Basha forecasts higher FDI figures for the upcoming fiscal year, saying that new reforms like the bankruptcy law will encourage more such investors to develop projects in Egypt.

Thanks to Nasr and her team’s determination to resurrect Egypt’s economy from a slump, investors have begun to sit up and take note.

In August, Saudi billionaire Prince Al Waleed Bin Talal revealed plans to invest about $800m into Egypt’s tourist sector. Similarly, Saudi investors Sheikh Abdul- Rahman Al-Sharbatly and Sheikh Fahd Al-Shobokshy said that they intended to inject an investment worth $2.1bn into Egypt. This is in addition to the group’s existing investments in Egypt that are roughly worth $3 bn. And it is not just these private investors that are flocking to Egypt.

“Aside from the investments from the GCC, worldwide manufacturers like Nivea for instance will now start production from Egypt, which provides them with greater access to the African markets. Other major brands like L’Oreal and Mars are also planning new production lines in Egypt,” Nasr points out. “Additionally, we already have many GCC investors, especially from Saudi Arabia and the U.A.E., who are coming to Egypt to check lands and negotiate potential business partnerships and projects.”

For investors, it is all about economic stability. Sheikh Al-Sharbatly believes that the improving economic climate in Egypt, the stability of Egyptian pound and the size of its economy makes it a perfect destination to invest in.

The CEO of AlNahla Group of Companies adds that in partnership with Al-Shobokshy, they aim to establish new projects in Egypt including the expansion of the Golden Coast touristic resorts in the areas of Nabq in Sinai’s Sharm El Sheikh and in Hurghada’s Souma Bay, pumping in investments worth $1bn.

The duo’s investments will also include real estate projects worth $1bn that will be carried out with Al Arabia Real Estate and Development (ARCO), in addition to a new production line in the South Valley Cement Company worth $150m.

Through investments, Egypt’s government is gearing up to create jobs and spur inclusive and sustainable economic growth especially in regions that see growth lagging. The government has also been revealing numerous incentives for investors who are willing to fling their funds to Egyptian governorates in need of investment. While areas like Upper Egypt and the Sinai Peninsula are being promoted among investors, the minister is also keen on attracting more “quality” investments that would benefit all classes and categories of the Egyptian society.

According to the incentives pack, investors will receive 50% off the investments cost in tax exemption during the first seven years of initiating their projects in governorates with low employment and investment percentages.

Whether through direct or non-direct investments, potential investors are also encouraged by the ministry to indulge in projects across labour intensive fields such as technology, construction, textile and pharmaceuticals. Those investing in such sectors will receive a 30% tax exemption of their total investment for the first two years of launching their projects. And there will be non-tax incentives like lower land prices or funding facilitation for investors willing to build new factories.

Although FDIs and foreign investors play an important role in reviving the Egyptian economy, the government has not lost touch with the pulse of the economy – the emerging businesses and entrepreneurs.

Egypt’s government is boosting the entrepreneurial ecosystem by providing strong support for the country’s startups. The ministry launched the ‘Your Idea, Your Business’ initiative in September to encourage and finance emerging projects and promote the entrepreneurship in Egypt. The initiative aims to hear business pitches from young entrepreneurs in all governorates and to organise workshops to train them for four months. This will be followed by facilitating funding for their projects, she adds.

Nasr points out that the ministry attaches special importance to the Investors Services Centre and will have representatives from several bodies, including the Ministry of Justice, represented in the Real Estate Registration Office, the Ministry of Finance, and the Central Bank of Egypt (CBE), as well as Misr for Central Clearing, Depository and Registry (MCDR) and the Egyptian Financial Supervisory Authority (EFSA) to provide the best service to the investors in all governorates.

The ministry also signed two cooperation protocols with the EFSA and MCDR this month to allow the exchange of data and information among them.

Nasr says that the government has also launched an integrated plan to support and develop free zones and investment, and seeks to establish a free zone in each province. The General Authority for Investment and Free Zones, an affiliate of the Ministry of Investment, has received numerous requests for the establishment of special free zones in a number of governorates. The increased interest in free zones come as the new investment law allowed the return of the special free zone system.

Another upcoming business free zone in Egypt is the Suez Canal Economic Development Zone that is situated on the banks of the newly expanded Suez Canal. The minister pointed out that it has piqued the interest of many foreign investors, including two from China, to invest in that area. These investments will be announced in the coming period. Nasr comments that the Suez Canal Economic Zone is emerging as one of the most attractive areas for foreign direct investment.

Situated at the crossroads of Africa, Asia and Europe, Egypt is planning to re-emerge as the global trading hub that it once was. With Nasr and her team’s efforts and determination, that goal seems much achievable and within reach as Egypt races to spike up its inward investments and become a number one destination for investors in Africa.