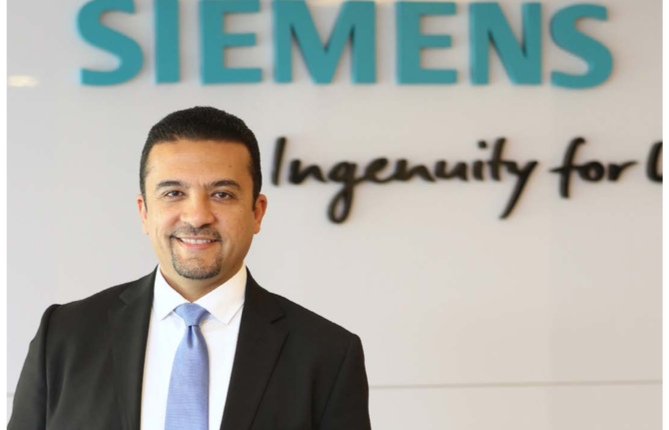 Siemen’s newest power project in Egypt will provide up to 14.4GW of energy, powering up the homes and businesses of about 15 million Egyptians. Emad Ghaly, CEO of Siemens Egypt, speaks of how the project would impact the country’s economy in the long term.

How does the first phase of Siemens mega power stations in Egypt enhance the electricity conditions in Egypt?

In January 2017, we completed the first phase of the three power stations for our mega project in Egypt. These three plants are located in Beni Suef, New Capital and Burulus. This primary phase provides power generation capacity of 4.8 gigawatts (GW) in simple cycle configuration, which is now connected to the grid. This 4.8 GW is enough to supply approximately 15 million Egyptians with electricity and we have managed to do this in only 18 months after signing the contract.

We have been able to connect 12 gas turbines instead of the original plan of having 11 connected to the grid by the end of 2016/early 2017. So, we have already achieved 10% more than according to our original timetable, breaking all records in modern turnkey power plant construction. On top of that, we have equipped each of the three power plants with a 500 kV substations, and we have built an additional three substations outside the plants to connect their electricity to the grid. All these factors make the project unique.

When is the final phase set for completion?

The combined cycle technology is basically, connecting two gas turbines with one steam turbine. Now, we are working to convert the three plants from simple to combined cycle operation. So, by next year each power plant will have a total power capacity of 4.8 GW, which makes each one of the three plants the world’s largest gas-fired combined cycle stations. Upon completion, it will also set another record for execution of magnitude project of such in the shortest period.

The three power plants will be powered by 24 Siemens H-Class gas turbines. The scope of supply also comprises 12 steam turbines, 36 generators, 24 heat recovery steam generators and three 500 kV gas-insulated switchgear systems. The dimensions of the megaproject are enormous: more than 20,000 workers are engaged at the construction sites during implementation.

What potential have Siemens seen in the Egyptian market that it chose to build their world’s largest power plants project in Egypt?

We share a very strong relationship with this country since Siemens has been working in Egypt for over 115 years. Egypt’s society is highly dynamic, with a very young population. The country provides very good investment opportunities and it is developing rapidly.

How will this mega project support the economic growth of Egypt?

This project is of vital importance to Egypt and the country’s economy because it means that Egypt’s electricity challenges are now solved for good. With those three power plants, Egypt’s total generation capacity will increase by almost 45%. This will fulfil its power needs until at least 2022, maybe even 2023.

It will have 14.4GW operating on one of the highest fuel efficiencies worldwide – more than 60% – which we expect to save Egypt at least $1.3bn a year in natural gas costs (that’s comparing the H-class turbines to other combined cycle gas turbines – compared to the existing fleet, the saving would be far greater).

Now when investors come to Egypt they will have an abundance of electricity. With the industrial growth, the country will see job growth and overall it will have a positive impact on its economy. Egypt is also considering exporting electricity to the neighbouring countries in future.

How have you been employing and training Egyptians in the energy field?

We have over 20,000 local engineers and technicians working with us for this project. We are also transferring our know-how of latest technology of Siemens to the Egyptians, training them on the execution and operations of these gas turbines power plants. This gives the country, its people and contractors, an edge over others, wherein they can use this experience to go out and replicate such projects in other countries.

Additionally, we are training 600 engineers to operate and maintain the three power plants. So, we are introducing new technologies and creating new, highly skilled engineers and technicians. This will not only have an impact on Egypt but on the Middle East too. Moreover, our local consultant partners – subcontractors and contractors are supporting us in supplying the required workers that have the right skills, enabling us to complete the project at a record time. They are additionally creating jobs in the market. This build-up of local knowledge resources will have a positive long-term ripple effect on Egypt’s society: those who have received the training will pass on their skills to the next generation.

What are the challenges you have been facing in the execution of this project?

We, together with our consultant partners, are facing challenges each day and need come up with solutions to resolve it in the right way, the right cost and keeping the time execution in mind. For example, when we got the land at Burulus, it was covered with three metres of water because it is right next to the sea. And at Beni Suef, there was a 40-45-metre difference between the level of the land in places. So, we had a lot of work to do to make sure the equipment could be safely installed. This has further given both of us valuable experience that will be appreciated worldwide.

What are your other projects in Egypt?

In Egypt, we are also building a multidisciplinary service centre that will do the maintenance and repair of our high specification equipment including the gas and steam turbines, compressors of the power and gas industry and more. All the repairs of the components of the plants will be done in Egypt instead of flying them to Siemens centres aboard. We will also have a training centre that will provide training for up to 5500 Egyptians over the next four years. The service and training centre is expected to be completed by end of 2018.

We are also building nine substations, parallel to three power plants that will connect part of the power generated by the three power plants to the grid. Additionally, we are doing a study on the grid itself, where we will look at the power expansion requirements of the country for up to the year 2025. This will equip us to recommend our client for future training and planning of new substation as well as organising of the exciting substation, considering the future power needs of the nation.