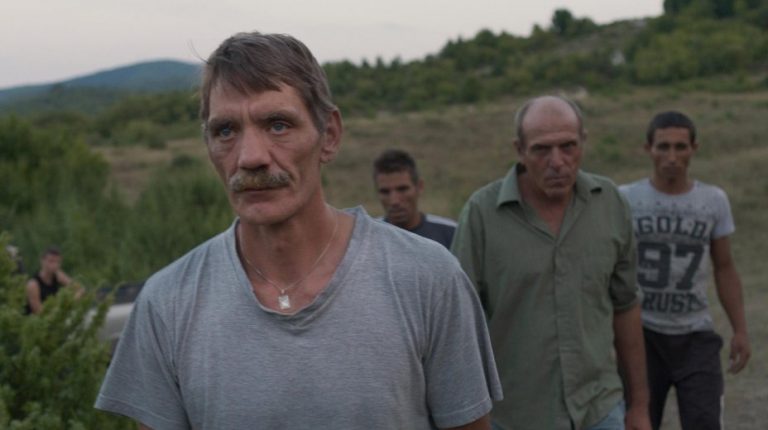 Opening the sidebar program of the Cannes Film Festival, “Un Certain Regard”, Valeska Grisebach’s film “Western” investigates ideas of ownership, xenophobia, and masculinity, in a way that reflects some modern tensions between eastern and western Europe.

After disappearing for ten years, director Valeska Grisebach returned in the 2017 edition of the Canne Film Festival, after her two films that took marginalised young people as a topic in the then newly-unified Germany. After “Be My Star” (2001) and “Longing” (2006), she returned with “Western”, a powerful drama of a group of German construction men working at a building site in Bulgaria.

The name Western inspires different connotations that are geopolitical. and at the same time. related to cultural hegemony. The first inference deals with the fact that films with white western men are the most dominant in international festivals, and the second implicates a cinematic reference to American films, where the protagonists come to a place and start making it their home.

All these interactions are present in Western. The most prevalent comes in the plot where a group of German white male workers coming to this peripheral part of the Greek-Bulgarian border to construct a hydroelectric power plant, mostly are masculine, nationalist white men. The ‘odd one’ in the group is the character of Meinhard, played by Meinhard Neumann, who is quiet, an ex-soldier, silently disapproving of the semi-barbaric actions of his co-workers such as harassing local women or getting into unnecessary fights with other male groups in the region.

Visually, Western adopts some of the classic features of “cowboy” films, such as long and languid shots, sunny horizons, or that lengthy scene of Meinhard roaming the area making friends, looking for a smoke, and telling stories, even though he does not speak the same language as the locals. The film is not a fast-paced, good versus evil type; its pace is challenging due to the acting of Meinhard, with his intense moustache, refusing hostility, despite his aggressive ability to attack, but goes for a nicer approach joining the villagers in celebration. Meinhard’s acting defuses the male aggression, before we see the camera go to his counterparts.

On the other hand, there are the villagers who are also uncomfortable with the arrival of these group of chauvinistic  men, catcalling their female relatives and behaving violently. The motion picture shows varying notions of control where different male groups try to claim power through chasing women.

The film also goes to question male egoism, where the German workers have taken it as a  matter of pride to finish their project, hence being ready to violate any norm or tradition to do so, so that “they” are then described to have finished “their” project, which will carry a German identity and even have the flag raised.