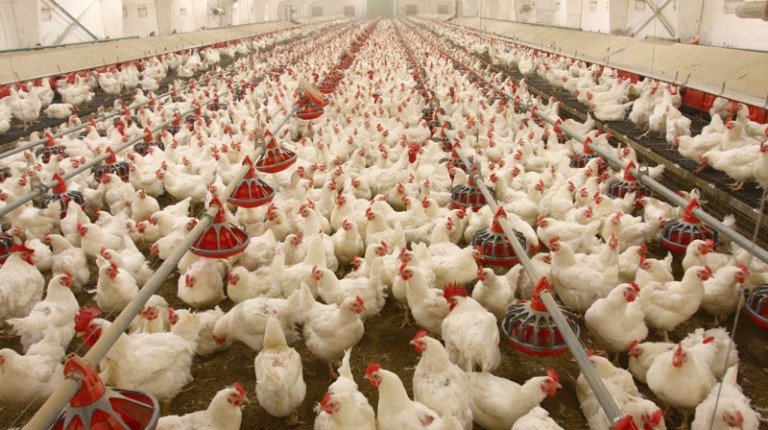 Radical changes in the economic environment in Egypt that resulted from the flotation of the Egyptian Pound are reflected in the daily lives of Egyptian people.

Because of a surge in the prices of commodities, most Egyptians think as if they perform calculus in ther mind while they are going to supermarkets to buy different kinds of foods, especially meat, fish, and poultry.

Egyptians choose poultry because of the relatively low price of chicken, compared to an unreasonable hike in meat and fish prices.

In this respect, Shaymaa Ibrahim, a housewife, asserted that poultry is the best choice that suits her budget.

“Due to the rising prices of fish nowadays, we eat it once a week,” she said, indicating that she never buys meat.

“In spite of that, chicken prices are relatively low; we do not eat poultry every day,” she added, indicating that she depends on vegetables two days a week.

To illustrate, “prices of poultry register about EGP 23-25 per kilogram as of the past few months,” official sources told Daily News Egypt.

Mona Saeed, a single woman, asserted that since her family does not like fish, they shifted to poultry instead of meat.

Furthermore, she revealed that they cook imported meat when they get bored of eating poultry.

“If chicken prices rise in the winter, we will instead eat soybeans,” she joked.

In this regard, Abd El Aziz Alsayed, head of the chicken sector at the Egyptian Union for Commercial Chambers, stated that they are ready to face epidemiological diseases, that may attack chickens throughout the winter season, with serums and vaccines, to pass through winter without great changes in terms of prices and quantities of chickens.

“However, I cannot predict winter prices, because it is hard to know what the degree of coldness and warmth will be, in addition to the general state of the chickens’ health,” he asserted.

In spite of that, Alsayed traced the unchangeable, relatively low prices of chicken back to a state of recession that hit the local market. Ibrahim Hanafy, a rural young man who works in Cairo, asserted that poultry became the queen of the Egyptian kitchen because of its relatively low price.

“I think most people eat meat twice a month,” he added, noting that his family has fish only once a week, indicating that products from fish farms lack good taste.