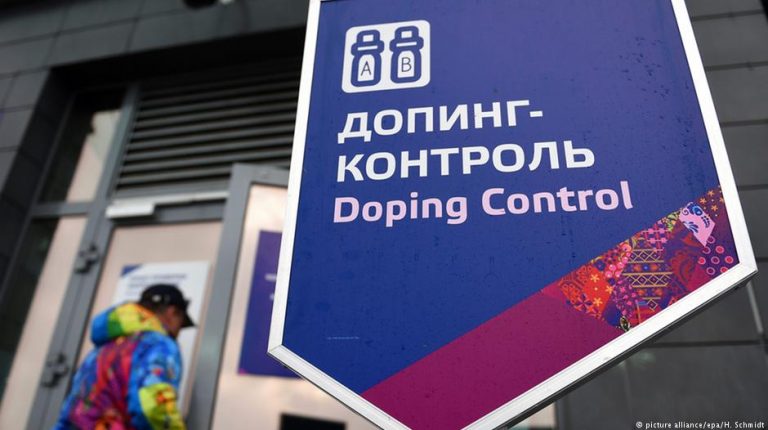 The International Olympic Committee has banned 22 Russians for life for doping, with three bobsledders the latest to be sanctioned on Wednesday. But a German lawyer defending one doper says all is not what it seems.DW: Christof Wieschemann, you are the German lawyer of Russian cross-country skier Alexander Legkov. The IOC has explained this week why the winner of the 2014 Olympic 50 kilometer race has been banned for life. What is your view of the reasoning?

Why was Legkov disqualified for life? Some pundits think this was too harsh.

Given the thin evidence against his personal involvement, I also think the judgment is excessive and exaggerated. We know that lifelong bans can only come into force with direct intent. But I do not even have the evidence of a crime, let alone intent. It seems completely inappropriate to me.

You yourself have no doubt that in Russia, athletes were systematically doped. You are convinced that the allegations in Richard McLaren’s WADA report were true.

That’s right. That’s something the Russian authorities themselves do not dispute deep down. Meanwhile too many coaches who were involved in the system and too many athletes have been banned. The Russian public meanwhile is convinced there is no evidence of state involvement.

But in the opinion of the IOC it is clear that Legkov was part of the scandal. He must have known about the large-scale cover-up and profited from exchanging vials of urine samples.

In the verdict, it was enough for the IOC to say: ‘It is unbelievable to us that an athlete could be protected by this system without knowing it.’ But that is an assumption. However, McLaren himself has said that it is not enough to demonstrate that such a system exists, but that it is necessary to prove that the athlete has contributed or at least knew about it.

The IOC has not managed to make the leap between evidence that the bottle was possibly exchanged as part of the organized system [by the Russian anti-doping agency RUSADA and other Russian authorities] and that the athlete either knew something about it, benefited from it, or contributed to it. In fact, the IOC has not dealt with this question. It was enough to say, “There is a system and we assume that all the athletes affected by this system also have an advantage.”

Grigory Rodchenkov, the former head of the Moscow Laboratory, is a very important witness. He testified that he had exchanged Legkov’s test on February 23 after his Olympic victory. The IOC says: ‘No matter what drives him, his testimony is correct and important.’ How do you see the situation?

I have had no reason to ponder the credibility of Rodchenkov as a person because he has not burdened individual athletes. When he says, ‘I have personally exchanged his sample’, then I can say first of all that I do not really care, because that would at most confirm that Alexander Legkov was part of the system. But this does not confirm that he knew he was and contributed to it.

Do you expect these life bans to contribute to the exclusion of Russia from the upcoming Winter Games in South Korea?

I think there’s no direct impact. I got the impression there is already a considerable amount of pressure from the public to impose sanctions against Russia. My job is not to judge whether or not this is legitimate with respect to the association. But I already had the impression, even during my stay at the IOC on October 30, that this sanctions pressure will at the very least fall on the athletes. But we must not forget that there are two different IOC commissions, with two different personalities at the top. That’s Dennis Oswald and Samuel Schmid. I really have no way of knowing how Schmid will do.

Christof Wieschemann, born in 1962, is a lawyer specializing in commercial and trademark law. In addition, he has been working in international sports law for 20 years for clients across Europe, but also in the United States, Mexico, Russia and Turkey.