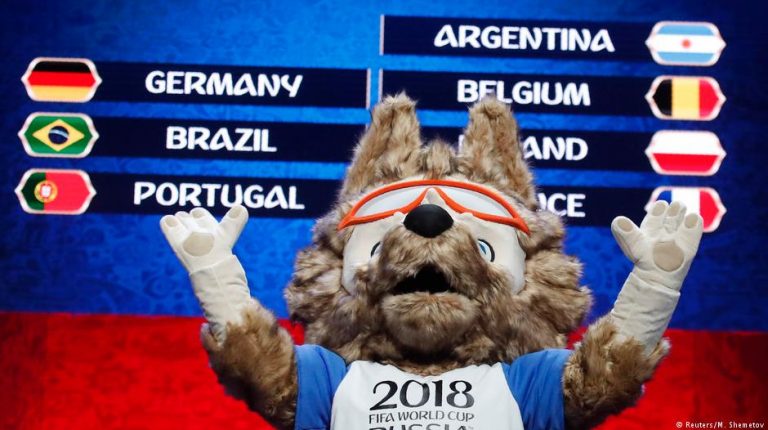 The draw for the 2018 football World Cup in Russia takes place in Moscow on Friday. Here is a lowdown on the procedure and who world champions Germany might face.The World Cup draw is scheduled to start at 1800 Moscow time (1500 GMT) on Friday in the concert hall of the State Kremlin Palace in the Russian capital.

There will also be eight former players on hand to assist with the draw, six of whom are former World Cup winners.

The 32 teams are divided into four pots. Russia as hosts are in the first pot of the top seeds – alongside holders Germany. The seedings and pots are based on October’s FIFA world rankings, which is why Poland are in among the top seeds and 2010 winners Spain are in the second pot.

Each of the eight groups drawn will contain one team from each pot. Countries from the same regional confederation cannot be drawn in the same group – with the exception of Europe which, can have two teams per four-team group.

Hosts Russia will automatically be given top position in Group A, while the seven other top seeds will be drawn to fill the first spots in Groups B to H. The rest of the pots will then be drawn.

A ball will be drawn from the team pots and then another from the group pots to determine which group and which position the team will occupy.

Germany coach Joachim Löw will be hoping for a favorable draw to ease the defending champions’ passage to the last 16.

But a much tougher group could be:

Heavyweights Spain, being in the second pot, promise to make it an exciting draw. South Korea, in pot four, are of course former semifinalists.

As for the proverbial group of death, it is unlikely to house the defending champions given Brazil and Argentina are in pot one alongside the Germans. One scenario for the tournament’s hardest group could be:

The fixtures and venues are already set in stone so once a team know their position in a group, they can start planning travel to and from matches. Some nations have already chosen their bases while others are waiting for the draw.

Yekaterinburg is the furthest east of the 11 host cities and 12 stadiums (Moscow has two). Yekaterinburg is almost 2,500 kilometers (1,553 miles) from the most westerly, Kaliningrad, which is in an exclave of Russia between Poland and Lithuania.

However, no team will have to play games in both of these venues.