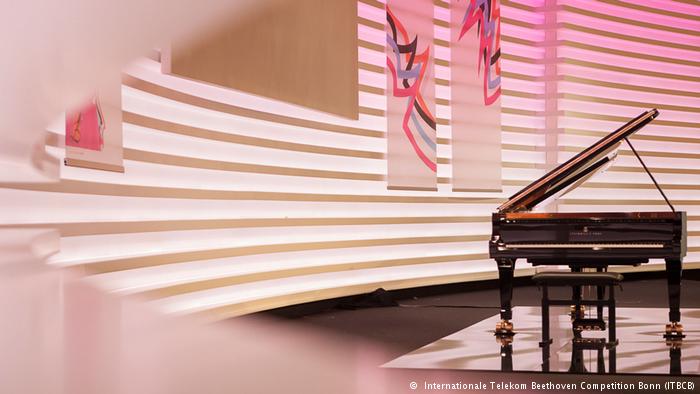 Comparing two musical performances can be like comparing apples and oranges: the differences are rooted in the artist’s personality. A piano competition in Bonn stresses the human factor.Nearly every classical musician today had to jump through the hoop of a music competition at one point in his or her career. One of Germany’s major piano competitions takes place every two years in the city where Ludwig van Beethoven was born and carries his name along with that of a major company based there: theInternational Telekom Beethoven Competition Bonn (ITBCB).

Filippo Gorini, winner of the ITBCB 2015, kicked off the 10-day event with a Welcome Concert on November 30 at the Telekom headquarters. Three rounds later, three finalists will contend for the top honor at the finale on December 9 in the Telekom Forum in Bonn.

Entering this seventh edition of the competition are 25 pianists from 17 countries, who edged out 100 co-contenders in the preliminaries. Works by Ludwig van Beethoven are among the obligatory pieces in all rounds, combined with baroque, romantic and modern music.

Local visitors can listen to all the competition rounds and cast votes for their favorites, but notably, the ITBCB’s audience is much larger, as every note played is live-streamed, and the virtual audience can vote for its favorites as well. They can even potentially overrule the jury’s decision for the next qualifying round.

“We are empowering the audience to actively participate,” artistic director and jury chairman Pavel Gililov told DW. Playing down the factor of competitiveness, Gililov calls the event an “international piano festival,” but one with a difference: “For the public, there’s something poetic about a competition because it brings up new discoveries – unlike a normal festival where you know what to expect.”

Another unusual feature are the generous 45 minutes of performance time the ITBCB gives to each of the 24 contestants in the first round, specifying that they must include one of the sonatas from Ludwig van Beethoven’s late period. That automatically brings out the best in a performer, says Gililov: “With Beethoven, every note is essential to the musical fabric. If one is missing, there’s a rupture in the structure.”

The competition changed everything

Beyond the notes and the structure, the true test lies in the musician’s interpretation: “Beethoven hated musical interpretation lacking in personal expression,” says Pavel Gililov. “To play Beethoven, you need to put your heart into it.”

One who all agree did just that two years ago was the then 20-year-old Italian Filippo Gorini. Playing the competition’s Welcome Concert was a special challenge, as the audience included this year’s jury and contestants. As he told DW, “I have the responsibility to show whether I’ve developed or whether I deserve the prize I won two years ago.”

For Gorini, that prize was a life-changing experience, as he now has to deal with a crowded schedule and special requests from concert agents and CD labels. On the artistic side, there’s a positive development: “I don’t have to choose the repertory that will work well in a competition any more. Now I can learn and perform the music I love most.”

As the ITBCB’s media partner, DW will live-stream the finale on December 9 at 7:00 p.m. CET on dw.com/culture. DW’s TV program Euromaxx will also report.