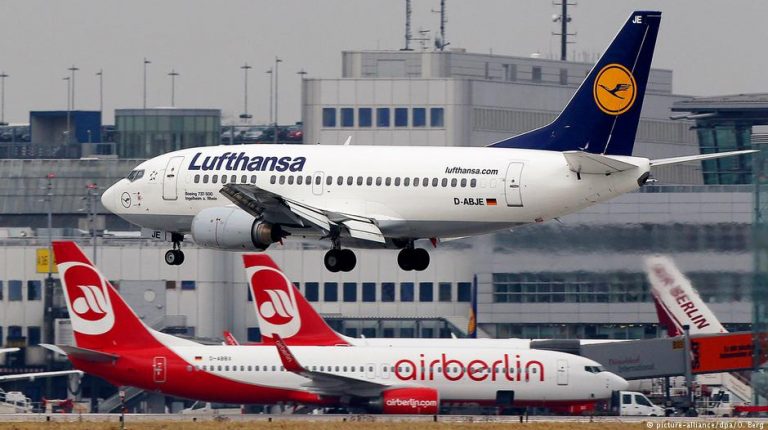 Germany’s flagship carrier has reportedly addressed EU competition concerns over its planned takeover of insolvent rival Air Berlin, offering to give up a substantial number of airport starting and landing slots.The European Commission said on Friday it had extended its deadline for a decision on the planned takeover of insolvent Air Berlin by Lufthansa to December 21. Originally, EU regulators sought to vote on the deal by December 7, but a spokesman for the Commission said Lufthansa had offered “remedies” concerning the case.

As Europe’s highest competition authority is examining the impact the German group’s plans would have on the continent’s aviation market, there is mounting concern about Lufthansa’s potential dominance in Germany.

The German airline has declined to comment when contacted by the news agency AFP, saying it had “agreed confidentiality” with the Commission on the details of its offer.

But German news agency DPA reported on Friday that Lufthansa offered to give up some of its takeoff and landing slots at large German airports, citing people familiar with the case.

Lufthansa Group, which includes Eurowings, Swiss, Austrian and Brussels airlines, wants to buy 81 aircraft from Air Berlin’s 140-strong fleet, plus takeoff and landing slots. Also part of the deal are the takeovers of Air Berlin subsidiaries Niki and LG Walter. The Frankfurt, Germany-based airline offers to pay €210 million ($250 million) for the package, while Britain’s EasyJet also hopes to snap up parts of the stricken German airline.

The Lufthansa deal has come under fire from airlines and consumer groups who fear it will give Germany’s flagship carrier dominance of German domestic routes and in Austria.

The EU Commission had previously determined that Lufthansa, Niki and LG Walter’s activities overlap on more than 100 routes, which means that remedies would have to be significant. A source familiar with the matter told the news agency Reuters that the airline was willing to cede slots belonging to Niki and LG Walter.

Niki’s aircraft continue to fly as it is not subject to the same bankruptcy conditions as Air Berlin, but its financing from Lufthansa would fall away if Brussels blocks the planned takeover.

If the EU launches an in-depth probe of the deal, pushing any approval well into 2018, the whole transaction could be called off as Lufthansa has said its financial planning only anticipated pumping money into the ex-Air Berlin flight operations until the end of this year.

German weekly Bild am Sonntag has reported that British Airways and Iberia parent company IAG could snap up Niki if Lufthansa’s bid falls through. And Niki founder, former Formula One champion Niki Lauda, has also expressed interest in a joint bid for the airline with tourism group Thomas Cook.