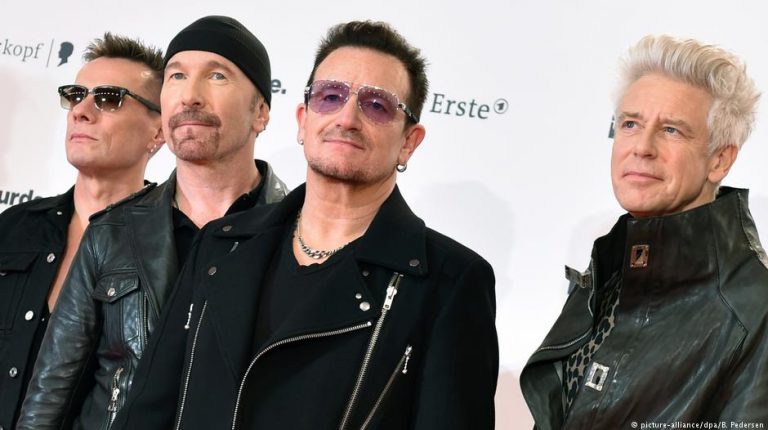 After Trump’s election, Bono pushed back the release of this album to make it more political. The resulting record does sound like U2 — but they don’t seem to know where they’re heading.U2’s album “Songs of Experience” was almost completed by the end of 2016. But then Donald Trump’s election changed everything. U2 frontman Bono felt he had to react to the political developments in his songs and started reworking the album.

So should people be getting excited? Or are the times when U2 fans would count down the days before the release of a new album long gone?

In 2014, the band seemed to be worried that the world wouldn’t want to hear them: Through a deal with Apple, U2 offered their album “Songs of Innocence” to all iTunes users for free.

Read more: U2 gives away new album – and it’s a smart business move

The band faced a backlash, however: in millions of cases, the album was automatically downloaded onto devices without users’ permission.

This time around, U2 released singles from their upcoming album as appetizers, and now the full work is out. And it will not be automatically appearing on anyone’s iPhone.

To start out it, whoever’s a fan of Bono’s voice and his clever lyrics won’t be disappointed here. Musically, it’s a very mainstream mix of rock, pop and — yes — disco.

Yet it all seems a bit shallow and half-hearted. Some choruses are rather light on words, with series of football-stadium compatible “who-hos” and “wha-has” replacing them instead.

Is Bono still paralyzed with shock after Trump’s election? Why does this album sound so tired?

One would have expected more from an album that was reworked after Trump’s election.

“The Blackout,” the first single released last summer from “Songs of Experience,” does include a line about democracy — it’s “flat on its back, Jack” — and that we need to learn to see in the darkness. It’s a catchy tune that works well for commercial radio.

The smart lyrics of “Get Out of Your Own Way” adds a little depth to the otherwise shallow-sounding pop song. If the song’s lyrics weren’t as sophisticated, the song could also have been called “Trump, go home.”

After rapper Kendrick Lamar’s impressive opening on “American Soul” (“Blessed are the liars / For the truth can be awkward”) the song reverts to a rock tune without strong melodic aspirations. It deals with America’s migration history, from the first pilgrims to refugees today. It sounds like explosive content, but then comes the disappointing chorus: “You and I are rock and roll / You are rock and roll / Came here looking for American Soul”

This 14th studio album sounds strangely anemic for the Irish band behind stadium-rocking hits in the 1980s and 90s such as “With Or Without You” or “I Still Haven’t Found What I’m Looking For.”

Has Bono’s musical energy been drained by his multiple political commitments? The band that has made such a strong statement against the Northern Ireland conflict with “Sunday Bloody Sunday” in 1983 sounds like it’s slowly considering retirement. But really slowly, perhaps after releasing two or three more albums no one really needs.

The German magazine Musikexpress describes this condition with drastic words: “Artistically, this band totters around the musical landscape like a headless chicken. The blood splashes out of its neck; it’s smarter to stay out its way. It will definitely collapse some day, but when?”

This process could be accelerated through the revelation that Bono’s fortune was stashed away in tax havens. The Paradise Papers released at the beginning of November definitely harmed Bono’s image as a political role model – making this the worst possible timing to release an album with a political message.

With this in mind, even truly loyal U2 fans should feel cheated by the time they hear Kendrick Lamar’s outro on “Get Out of Your Own Way,” which Bono should have listened to more carefully: “Blessed are the filthy rich / For you can only truly own what you give away.”