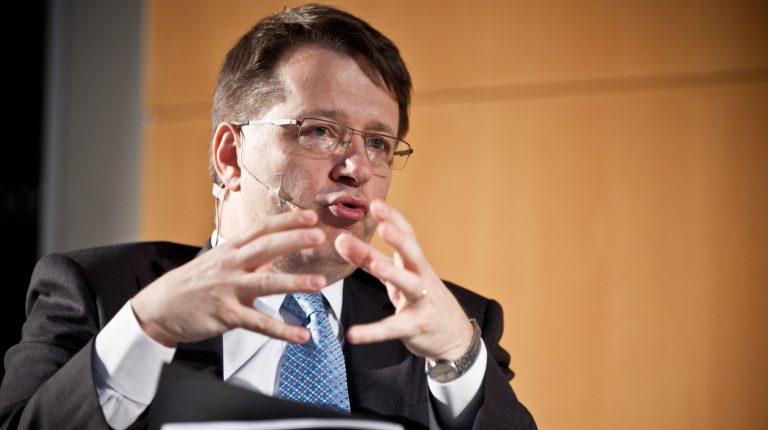 Orange Egypt is betting on raising its capital by EGP15bn to restore profitability once again and raise the company’s efficiency, improving its financial position, which has long been affected by high funding costs.

The company is looking for a new start next year after rearranging its financial structure, while considering possible scenarios to reconcile the company’s position on the Egyptian Exchange (EGX).

According to the CEO of Orange Egypt Jean-Marc Harion, Orange International is preparing the final approval of Orange Egypt’s capital increase of EGP15bn.

He added, “the international company will certify the transfer of two loans worth €750m each to Orange Egypt, for financing the licensing of fourth generation (4G) services, to the mobile unit’s capital in Egypt.”

Harion said the company would start capitalising the loan of the company’s main shareholder, which would cut interest on the company’s 50% annual debt over the next year.

Orange Egypt received a credit facility from its main shareholder in November 2016, worth €500m with an annual interest rate of 7%, to finance the 4G license. Another loan from the same entity was received last July, worth €250m with an interest rate of 7.7%, due in September 2020.

Harion said the conversion of the loan into the company’s capital would reduce the debt to only EGP 5bn, compared to EGP 20bn currently.

He pointed out that Orange Egypt’s profit margin increased by 8% during the third quarter (Q3) of this year, indicating an improvement in the financial situation.

“Orange Egypt will not have to repay the interest already paid this year again, which will allow the profit margins and net profits to increase in the coming period,” said Harion.

The financing expenses of Orange reached EGP 1.7bn during the first nine months of this year, and the company pays interest on the debt of EGP 2.2bn annually.

Orange Egypt lost EGP 1.76bn in the first nine months of 2017, compared to EGP 132m in the same period last year, an increase of 12.4 times due to the burden of financing expenses and currency losses.

Debt interest rose to EGP 1.7bn by the end of September, in addition to EGP 606bn of currency differences on the main shareholder’s loans, bringing the total financing expenses to EGP 2.3bn.

According to Harion, Orange is expected to recover profitability, especially as it generates operating profit.

Orange Egypt has been suffering for several years due to the losses it has incurred as a result of its high funding costs.

He said the company will launch new solutions at the Cairo ICT 2017 conference, which will revolve around 4G services, including a technology solution for using data transmission at home at speeds about six to ten times faster than traditional speeds.

He explained that the company will also showcase fifth generation technology and how to operate it, noting that its adoption depends on the vision of the state.

Orange is set to showcase new technology solutions to encourage small businesses to develop their projects.

Harion said Orange is working on a project to convert plastic bottles into environmentally friendly products that encourage entrepreneurs to expand on such initiatives.

He added saying, “Orange Egypt has five innovative laboratories in Egypt, which are distributed between Cairo, Aswan, and Upper Egypt and aim to manufacture innovative products.”

He said the company was investing €25m in startups through the Orange Investment Fund.

Orange Egypt asked the EGX to adjust the conditions of its EGX listing, giving six months to settle the situation.

Harion said Orange Egypt is currently considering possible scenarios to expand its shareholder base or accept local partners according to the rules of the EGX, indicating that the deadline expires on 15 May and a decision will be made on the reconciliation of the situation during this period.

The ownership structure of Orange Egypt is divided between 99% for Orange International and 1% for individual shareholders.

He added: “Orange seeks to strengthen its assets, investments, and presence in Egypt, and we are currently in the process of preparing the necessary analyses of these procedures, and we have not taken any decision on the offer of a share of the company on the stock exchange so far.”

The company’s chief executive said that the settlement of judicial disputes with Telecom Egypt will accelerate the negotiations on discussions on the provision of fixed line services through its network or the conclusion of a local roaming agreement to provide Egyptian mobile services through the Orange network.

He added that the relationship with Telecom Egypt is good, as the latter is a resource serving the basic infrastructure, and Orange has a desire to settle all the outstanding problems that have been inherited from the previous period.

He added that Orange Egypt is one of the cheapest telecommunications companies in the world. However, the quality of services offered to customers must be maintained. This is a difficult equation that the company seeks to achieve in light of the need to inject large investments annually to cover the population density seen in Egypt.

Orange believes that the local market has high growth opportunities, especially in the field of 4G services, provided fair competition in the telecom market.

He explained that the presence of four operators in the local market is not an obstacle or impediment to growth rates, but is an opportunity to expand and offer integrated services, in light of the provision of rules and controls for fair competition between the four companies.

The company also provides technology services to companies other than financial services, including the internet of things.

Harion said that Orange has the necessary expertise to provide telecommunications services to national projects, including the Administrative Capital, and can cover all services for its expected 6 million citizens.

Harion stressed that Egypt is one of the most important international markets in the call centre industry, due to its geographical position, as well as skills and competencies which are available, noting the establishment of a call centre for the company in Upper Egypt.

The CEO further said the 4G will not replace ADSL’s fixed internet services, and both are important for providing integrated services to the company, he said, noting that Orange is investing in 4G technology, but is not allowed to invest in fibre optics technology.

Orange Egypt had 33 million subscribers by the end of September, the second biggest provider in the domestic market, after Vodafone Egypt.

ADSL subscribers up to 5.1m at end-November