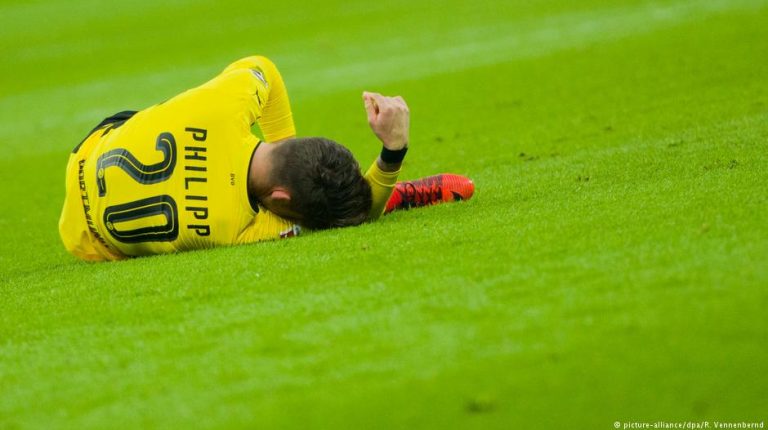 Matchday 14 proved an eventful one in the Bundesliga, both on and off the pitch. One team changed their head coach, another thought about it but didn’t. And two future Germany talents were identified.Everything you need to know from Matchday 14 in the Bundesliga.

— Bayern Munich’s win included a rare sight – a goal for the opposition from a corner. It was the first the Bavarians had conceded in that manner in the Bundesliga in nearly three years.

— Borussia Dortmund lost two players to what look like long-term injury and failed to beat the 10 men of Leverkusen despite having an entire second half to do so. The result was enough to give Peter Bosz another week, but despite support from sporting director Michael Zorc afterwards, Dortmund can’t keep delivering such performances.

— Cologne and Peter Stöger parted ways on Sunday. Fourteen winless games in the league cost him, but having taken the club from the second division back into the Bundesliga (and European football) Stöger will always be a cult figure for Cologne fans. U19 coach Stefan Ruthenbeck takes over until the winter break, and former Canadian international Kevin McKenna is part of the coaching staff.

— After Augsburg’s win against Mainz, they have the same number of points (22) as Borussia Dortmund. With half the season nearly over, the club tipped for relegation has done a remarkable job of spending more time at the other end of the table.

— Eintracht Frankfurt have the best away form in the Bundesliga thanks to a win in the German capital. Fifteen points from eight games is a very handsome return. If only their home form (seven points from six games) was healthier.

— Both Hoffenheim and Werder Bremen beat RB Leipzig and Stuttgart respectively despite having had less possession and played fewer passes. A lesson in German efficiency (and fortune) if ever there was one.

— There are still five sides that have yet to win away from home this season in the Bundesliga – Werder Bremen, Mainz, Stuttgart, Freiburg and Cologne.

— “He’ll end up there sooner or later, but we don’t need to give the German FA any tips.”
Augsburg sporting director Stefan Reuter on Philipp Max’s chances of a call-up

— “The prizes are given out in May.”
Thomas Müller ahead of Bayern Munich’s final Champions League group-stage game against PSG

— “I know, you want to hear me say we’d like to qualify for the Champions League or we want to be German champions, but we won’t start to dream.”
Augsburg’s Michael Gregoritsch to journalists after the 3-1 win against Mainz

“I wanted to rise impulsively… I’m not called Zinedine Zidane.”
Leon Goretzka on his headbutt against Cologne’s Salih Özcan

— “We don’t give a crap if someone criticizes our football.”
Hamburg captain Gotoku Sakai in response to criticism from Matthias Sammer

— “If he keeps going like this, he’ll be in the Germany team.”
Eintracht Frankfurt’s Kevin-Prince Boateng on teammate Marius Wolf

— Borussia Dortmund lost two players to what looks like long-term injury on Saturday. Maximilian Philipp suffered a severe knee injury, suspected to be a cruiciate ligament tear, while Gonzalo Castro suffered a suspected ankle ligament tear. Both are likely out for months. In the same game, Wendell saw red and will miss Leverkusen’s trip to Stuttgart next Friday.

— With half the season nearly done, December is often the time the injuries start to pile up. Of the 524 players in the Bundesliga, 85 were out injured at the end of Matchday 14.

— Yuya Osako saw a second yellow and therefore red when he tried to win a penalty in the final minute of Cologne’s game vs. Schalke, but was caught diving by Tobias Stieler and dealt with.

— Leverkusen confirmed that Charles Aranguiz had suffered a torn calf muscle. No specific length of time was given, but it’s unlikely the midfielder will feature again in 2017.

In an otherwise unspectacular win for Bayern Munich, a two-minute spell in the first half will likely stay long in the memory of anyone who was watching on. Robert Lewandowski looked to have scored Bayern’s second but his goal was ruled out by VAR. A moment later, Hannover were awarded a penalty, which Niklas Füllkrug scored but was asked to retake after encroachment and Sven Ulreich then saved the second attempt. Many Bundesliga fans can’t remember the last time the scoreboard changed so much, so quickly.