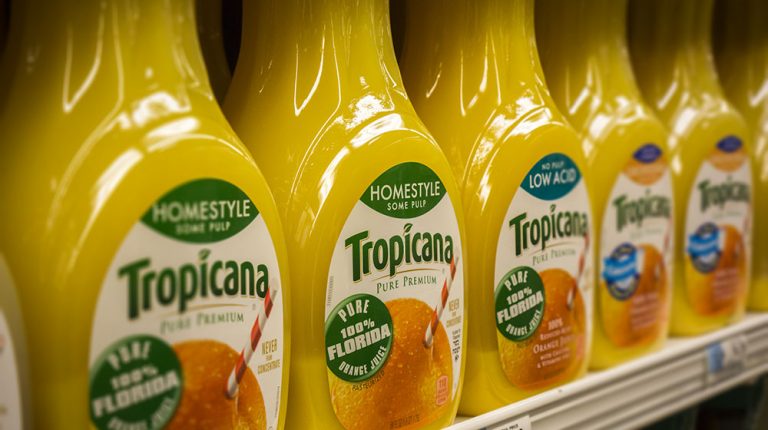 It is seems that orange juice’s position on our breakfast tables is under threat, as the future prices of the heavily-consumed commodity hover around the highest level in two years, amid supply concerns from the world’s largest producers.

With 100% orange juice in the United States and Europe widely associated with the morning meal, the commodity price is set to rise because of global supply problems, from drought in Brazil, to climate problems in the US.

Orange juice futures for December delivery rose 35% in 2017 to their highest closing price since November 2012, according to data compiled by NASDAQ for commodities, seen by Daily News Egypt.

Prior to 1945, orange juice was always freshly-squeezed—something that left the commercial orange juice industry susceptible to supply shocks due to the highly perishable nature of the fruit.

The invention of frozen concentrated orange juice (FCOJ) in 1945—and the increase in home refrigerators—opened the gates to an international marketplace.

Frozen concentrate remained the most popular form of juice until 1985, when reconstituted and not-from-concentrate juices overtook the frozen type.

Brazil and the US are the world’s largest producers of orange juice (Brazil surpassed Florida as the dominant producer years ago), followed by Mexico, the European Union, China, and South Africa.

One reason Brazil was able to overtake the U.S. as the top orange juice producer is weather; Florida’s frosts and hurricanes can result in lower outputs and reduced long-term productivity of the trees. Factors that influence orange juice prices include: weather, especially cold/frost, shipping and production costs, and food-safety concerns.

Typically, orange trees take about four years to bear fruit and eight years to reach their prime. Trees can remain productive for 20 to 25 years.

Commodity analysts surveyed by Daily News Egypt have attributed the surge in prices to supply concerns from largest producer around the globe.

“Orange prices hike could be attributed to a shock supply side, with the largest producers anticipating a big fall in production this season,” said Ralph George, a senior commodity analyst at Agrimoney, a London-based consultancy.

“The US government has cut its estimates for the orange crop this season, and that could be a good reason why the prices are on the rise,” he added.

The US government surprised the market last month by cutting its Florida orange crop estimates for the current marketting season to 146 million 90-pound boxes, down 5% from its October forecast and slightly lower than a year before.

The citrus industry of Florida is the world’s second largest, behind Brazil’s São Paolo state, and produces about 15% of global orange supplies.

The US orange juice sector is worth some $10bn, with prices of the commodity affecting farmers in Florida.

The US Department of Agriculture (USDA) said in a report seen by Daily News that navel orange varieties in Florida were forecast at 67 million boxes, down 9% from the October forecast and down 10% from last season.

It warned that the projected droppage, or the amount of fruit falling from trees before ripening, was the highest since the 1969-1970 season, while size is projected to be below average.

Forecasts for Florida’s Valencia oranges, the slightly higher quality fruit, stood at 79 million boxes, down 1% from the October forecast but up 9% from last season’s crop.

In its crop report for November, the USDA said that some of the citrus-growing areas in Florida had faced drought conditions.

“Rainfall was very sparse across the citrus producing region for most of the month, ranging from around a half inch in some areas to none at all in others,” it said.

The orange juice market is prone to volatility on reports of bad weather as well as disease and drug-related news.

Outlook for next crop season not better

World orange output is expected to fall by more than 2.5 million tonnes to a three-year low of 49.6 million tonnes in 2017-18, the USDA said in another report issued last month.

Indeed, Brazil’s harvest will fall 27% to 18.2 million tonnes, on the back of bad weather conditions in the biggest producer around the globe, the report noted.

Citrus greening, a bacterial disease spread by insects, “continues to reduce area in Florida,” which is responsible for nearly 60% of US orange production, the USDA said.

World stocks “are expected down 15% as Brazilian stocks fall,” the USDA said.

That would still represent a relatively low figure by recent standards, ranking the fourth-lowest in the past 20 years of USDA data.

US juice stocks were pegged at the close of this season at 300,000 tonnes, a six-year low, and the third smallest figure of the past two decades.

In Brazil, higher than normal temperatures significantly damaged development of the fruit.

It is the second year in a row that the country’s citrus farmers have suffered a drought.

The USDA is forecasting the country’s orange juice output to total 885,000 tonnes in 2018, down almost a third from two years before.

Output in the US, the second-largest producer, has been severely hit by citrus greening disease, spread by the Asian citrus psyllid.

Florida’s orange production is already at its lowest since 1964, due largely to citrus greening disease.

The scourge, transmitted by a tiny winged bug called the Asian citrus psyllid, has spread over the past decade, helped sometimes by strong winds from hurricanes.

The state’s plantings have shrunk to the smallest in 50 years, government figures show.

The report also noted that exports are expected to fall slightly, while consumption may drop more than 11% on reduced supplies, continuing a multi-year downward trend.

Most orange production in Florida is used for processing, whereas California produces mainly for the fresh market.

Outlook for grapefruit is not better either, with global production in 2016/17 forecasted down over 400,000 metric tonnes to 5.9 million as a result of unfavourable weather in China and citrus greening in the United States.

Exports are forecast down with sharply smaller shipments from Turkey, more than offsetting a rise in exports from South Africa.  Consumption is down on smaller supplies in China.