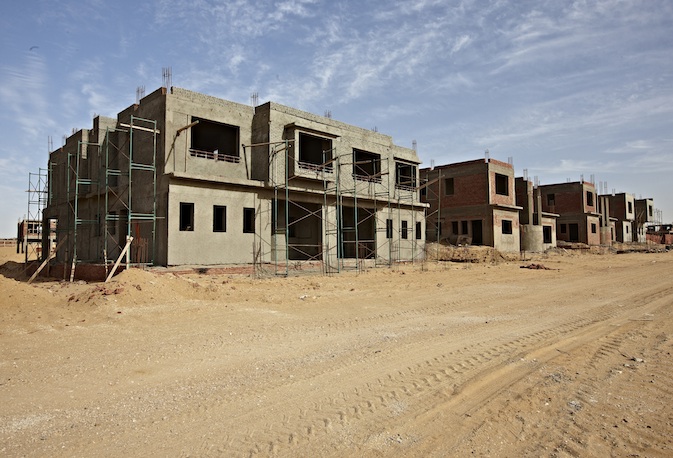 The government has been actively commodifying housing, says the latest report by 10 Tooba for Applied Research on the Built Environment. The independent institution says the government is advancing the pattern, whether directly, through investing in large-scale, higher-end housing, or through the continued market deregulation, encouraging speculative buying.

The report noted that government policies further commodify housing, pointing out that private sector developers and the devaluation of the pound have not been the only agents making housing increasingly unaffordable. The government has also been actively commodifying housing, both through investing in property, as well as through policy.

The report said that while most buyers already struggle to make ends meet, the high advance payments required of the government’s Social Housing Project remain a challenge to many seeking subsidised units, despite its attractive subsidised mortgage payback of ten to 20 years.

The requirement of a formal job is another condition that renders a large segment of those seeking such housing ineligible, or required to pay much higher downpayments.

Further, the report added that demand for informal housing is high, explaining that the informal private sector remains the main alternative for those who do not qualify for social housing. It is also one of the few options for buyers who do not want to commute far from the centre, away from their work and extended family networks, as government subsidised units are only offered in remote and poorly serviced areas.

“The relatively low prices and flexible payment schemes also come at a cost. The informal sector shifts to higher-end housing due to the increase in demand. Furthermore, units of informal area lands increased by 18%,” the report read. “Contractors blame this increase on high construction costs, a devalued pound, and the government’s harassment of informal developers.”

As a result, investors are increasingly becoming reluctant to put their money in middle-income housing. Most people investing in the informal sector are not originally developers by profession; they are people who are just putting their money in a profitable venture.

The New Urban Communities Authority (NUCA), a state-owned enterprise administered by the Ministry of Housing, and Egypt’s biggest land developer by far, is investing in three, large-scale, for-profit housing schemes, in addition to the urban land plots it sells, a lucrative business with annual revenues of nearly EGP 40bn.

In late 2014, NUCA launched the middle-income housing “Dar Masr” project, which would include 150,000 units over the next few years, where the first phase of 30,000 units ranged in price between EGP 250,000 and EGP 637,000. Less than a year later, a second phase of 25,000 units was offered with prices increasing by a full 29%. The project was heavily criticised for bumping up real estate prices in general by 30%.

In September 2017, NUCA launched the “Sakan Masr” project, offering 40,000 units ranging between EGP 446,775 and EGP 592,000 in price, while it was built targeting households straddling low and middle incomes, Sakan Masr’s cheapest unit was more than double the comparably sized Social Housing units, which are sold at cost.

NUCA has also been building 25,000 high-end housing units, including townhouses and stand-alone villas, in the New Administrative Capital. While prices have not yet been finalised, a NUCA deputy has stated that prices will “not be less than EGP 10,000 per square meter.” With units that range in size between 125 sqm and 328 sqm, which implies overall sale prices of between EGP 1.25m to EGP 3.28m,

The government has also encouraged house price inflation through a raft of commodification policies that further deregulate the market, over and above the already existing situation, according to the report.

In May, NUCA raised the minimum value of property qualifying non-Egyptians for a residency permit to $100,000. At a large real estate conference in October, Housing Minister Mostafa Madbouly stressed the importance of what he called “exporting Egyptian real estate” by personally promoting direct sales to non-Egyptians who will pay in foreign currency, adding that the “ministry is backing real estate companies ready to export properties by means of loose regulations, and quashing obstacles hindering the lucrative business of exporting properties.”

“NUCA has also expanded in selling units and individual land plots to Egyptians abroad, exclusively in US dollars, through a special website, nuca.gov.eg, that can only be accessed from outside Egypt,” the report said.

The report also recommended the government stop the erosion of housing affordability. As the two main providers of urban housing for middle to lower income people abandon those segments, Egypt is set to see more households living in deprived conditions as they are only able to afford far less adequate shelter in dilapidated buildings, settlements with inadequate access to water or sanitation, or overcrowded existing dwellings.

The report added that the official policies augmenting the commodification of housing will only serve to exacerbate the crisis, while more and more housing units, many of them of high quality and well-serviced with infrastructure, will stand empty for years.

The report called on the government to review the policy of exporting real estate, and instead protect local buying power. In addition, there should be attempts to curb speculative buying and selling by raising the capital gains tax on properties sold within ten years of being bought, and reducing it thereafter.

Moreover, encouraging the social production of housing by restructuring current cooperative housing laws and increasing transparency within the land and property market through a national publicly accessible database of land and property prices.

The government has to offer state land only through long-term leases and not for outright sale besides imposing socially mixed policies on new and old urban land developments, recommends the report.

There is a need for supporting the repair of hundreds of thousands of dilapidated buildings by earmarking a major portion of the Social Housing budget towards grants and subsidised loans for home-owners.

Applying pressure for the renting out of usable vacant units through better enforcement of a balanced relationship between tenants and landlords, and a restructuring of the real estate tax to penalise usable vacant units, are further measures the report recommended.

According to the latest census, Egypt has as many as 11.7 million vacant apartments, enough to house 50 million people, or more than half the population. Despite this huge surplus, in 2016, 49.2% of Egyptian households could not afford the median priced homes, meaning that the so-called supply and demand theory does not work. This percentage is also likely to rise this year, as median house prices have ballooned by 31.1%, while incomes have only grown by between 6.3% and 11.7%; less than a third of house price inflation.