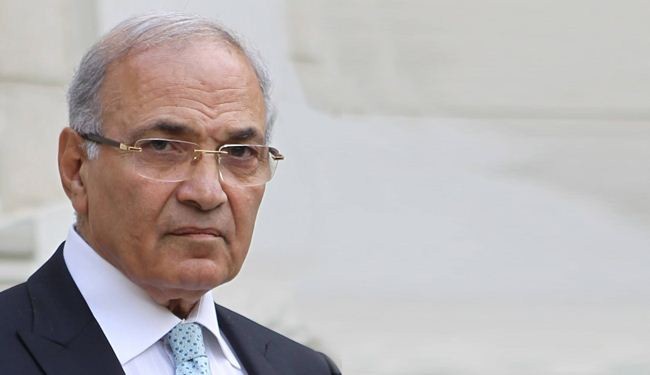 Ahmed Shafiq continued to receive media attention as he returned to Egypt for the first time since he left to the UAE after the 2012 presidential elections. Shafiq announced his intention to enter the presidential election against President Abdel Fattah Al-Sisi, who is expected to run for a second term.

In state-run daily Al-Ahram, Head of the Supreme Media Council Makram Mohamed Ahmed wrote an op-ed titled “Al-Sisi and Shafiq” where he strongly argued that Al-Sisi should continue a second presidential term and advised that it would be better for the country’s sake if Shafiq did not run.

Ahmed opined that Shafiq would be backed by the Muslim Brotherhood for the sole reason of affecting Al-Sisi’s popularity and dividing national unity.

“Shafiq, the Muslim Brotherhood and others” was the title chosen by Al-Ahram’s Ahmed Abdel Tawab for his column, where he suggested that it would not be through coordination with Shafiq that the Muslim Brotherhood provides him support, but rather, their opposition to Al-Sisi that will drive them towards doing so.

Abdel Tawab touched upon another group of Shafiq supporters which he described as those who supported the 2011 revolution against Mubarak but would now back one of his men, in opposition to Al-Sisi.

Also in state media, Al-Akhbar’s Abla El-Roweini described Shafiq’s actions in the past days as “fake”, comparing his statement that he was banned from travelling by the UAE with Lebanese PM Saad Al-Hariri’s “fake claims” that he was held by Saudi Arabia.

Moreover, she said he chose Al-Jazeera channel to obtain the support of the Muslim Brotherhood, despite him previously calling the elections which brought his former rival Mohamed Morsi to power “forged”.

Mohamed Barakat also wrote in Al-Akhbar that Shafiq has the right to present himself as a presidential candidate according to the law, but that the Egyptian people after 30 June “know very well who deserves their confidence based on experience and achievement, and also know who does not.”

TV presenter and supporter of the regime, Emad Adeeb, wrote in the privately-owned daily Al-Watan that he did not mind the return of Shafiq but that he would personally vote for Al-Sisi.

In the private Al-Masry Al-Youm newspaper, young writer Omar Taher stated in his piece that the media succeeded in affecting people’s subconscious. “Say to anyone that someone intends to run for the presidency and you will immediately find them confused and already thinking of the destiny of that insane person who decided to become a candidate,” Taher wrote.

His opinion mostly focused on how ordinary citizens have become politically confused in the years following the revolution to an extent where it is difficult to speculate Shafiq’s chances of success.

As for the private Al-Youm Al-Sabea newspaper, Dandarawy Al-Hawary, from its editorial team, wrote that Shafiq left the UAE after his “plan to embarrass the country and Egypt” was foiled. Like El-Roweini, Hawary accused Shafiq of faking the scenario of being banned from travelling like Al-Hariri. Al-Hawary further decided that Shafiq bet on the Muslim Brotherhood and that his patriotic claims are false.

Last but not least, editor-in-chief of the private Al-Bawaba News and former Shafiq supporter Abdel Reheem Ali wrote Sunday that he once backed him against the enemies—the Muslim Brotherhood—but now that he sealed the deal with those enemies, he will oppose him.

Abdel Reheem argued that Shafiq was delusional to think that he currently enjoys the same support he did during the previous election and accused him of turning against those who assisted him in the past five years.