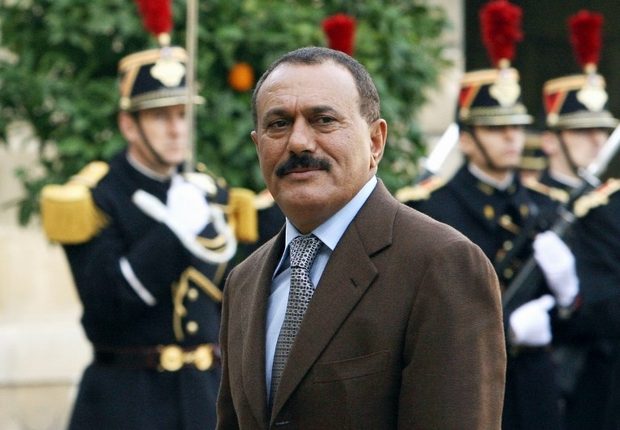 Yemen’s former president and rebel leader Ali Abdullah Saleh was assassinated in the area of Khawlan in the capital Sanaa as he was fleeing Houthi rebels. His envoy was ambushed with an RPG rocket and he was then reportedly assassinated by gunfire. Some of his aides were killed, while others were injured.

The strongman of Yemen, a skillful political operator, became a prominent cadre in the northern part of Yemen in 1978, and officially took power in 1990, claiming to be a man who will unite the north and south, relying on his strong tribal relations.

He was born in 1946 in Bayt Al-Ahmar, trained to be an officer, and was part of the Yemen Arab Republic (also known as North Yemen)’s army during Yemen’s first civil war. He fought in battles against forces from the monarchy (in the south) which was backed by Saudi Arabia. In 1978, he left the military to focus on politics, gaining high level positions allowing him to run for the presidency in 1982 and 1988. He administrated the unification process between the north and the south, but economic favouritism towards the north led to the second civil war in 1994. After the end of this short-lived conflict, Saleh was again at the peak of his power. His foreign relations included complicated relations with Saudi Arabia which applied tough economic sanctions on him. Conversely, he had strong ties with Iraq’s former leader Saddam Hussein, and an even better relation with then-president George Bush.

His failures as a president reached a peak when mass protests erupted in January 2011 during the Arab Spring, challenging his regime for weeks in public squares, especially outside Sanaa University and other place in the country. Protests, in some cases, reached millions of participants. The uprising escalated after a violenct security crackdown killed more than 40 protesters. This escalation intensified after a number of officers turned against Saleh, including a high-ranking officer who issued orders to secure demonstrators, leading to several opposition groups, such the Southern Movement and the Shiite Houthi rebels, as well as members of the Al-Ahmar family. The protests of 2011 forced Saleh to step down after securing an agreement with Gulf countries in 2012, following several failed attempts to bribe tribal leaders, who were a strong backing force.

After his ouster in 2011, he left the country in very poor condition and on the brink of new armed conflict between the Houthis and the Southern Movement.

Yemen has devolved into economic instability and political turmoil since Saleh’s forced resignation in 2012. The political crisis resulted in the house arrest of President Abd Rabbu Mansour Hadi, who at the time fled to the south and rescinded his resignation. He is currently in self-imposed exile in Saudi Arabia.

Beginning in March 2015, Saudi Arabia conducted airstrikes within Yemen, targetting areas controlled by the Houthis, including Sanaa, to reestablish the “legitimacy” of the government.

In 2016, Saleh made a deal with the Houthis to allow him to return to the scene and run the country from Sanaa, as opposed to the Hadi’s government, based in Aden.

On 2 December, he broke his alliance with the Houthis, leading his troops to lose ground in violent guerrilla fighting with his former allies. He publicly voiced his support for the Saudi-led coalition.