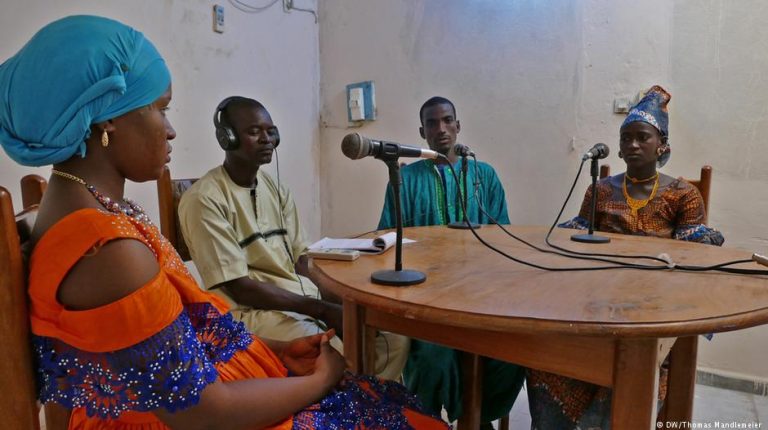 Across western Africa, people in rural communities are taking the future into their own hands with local initiatives to fight climate change and pollution, and improve public health and education.Project area: Sub-Saharan Africa (Niger, Senegal, Mali, Democratic Republic of Congo, Burundi and Ghana)
Project aim: Africa’s Dimitra Clubs see men and women in rural communities come together twice a month to discuss and take action on issues such as pollution, public health and agriculture
Project financing: The Food and Agriculture Organization of the United Nations (FAO) and the Global Environment Facility have provided up to $6 million (circa €5.1 million) since 2014 to West African Dimitra Clubs

Sitting in the bare room of the local community radio station and wearing a colorful headscarf, mother-of-four Rugiba explains how rain once washed trash into her home. Now, her village Saré Boubou in Senegal is rubbish-free, thanks to a cleanup by the local Dimitra Club. The village club — one of more than two thousand across western Africa — has also introduced measures to help the community deal with climate change, and has helped villagers mobilize on many other social issues as well.

Set up by the FAO nearly 20 years ago, these discussion clubs bring men and women, young and old together to make democratic decisions on how to improve life in their villages. That could mean setting up a local radio station, initiating a village cleanup, or introducing measures against domestic violence.

A film by Thomas Mandlmeier